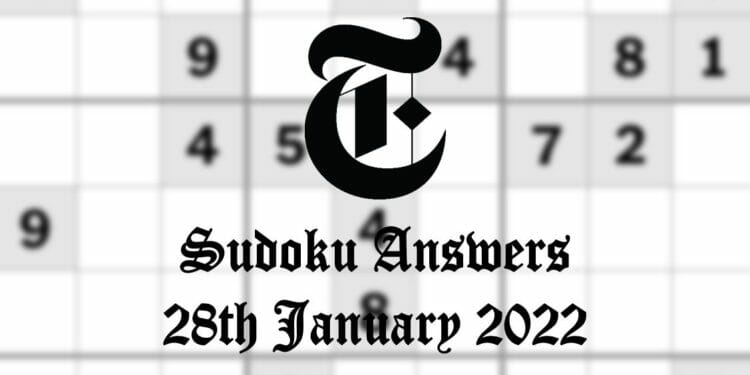 Here is the answer to the easy, medium and hard sudoku for the New York Times puzzles.

There are many games you can play on the New York Times website such as Vertex, Letter Boxed, Tiles, Spelling Bee, Crossword and Sudoku. For most of these games, there are daily puzzles released but sometimes you need as little help just to keep moving with the puzzles.

Sudoku is a very popular logic-based puzzle with the objective is to fill the 9×9 grid with the numbers from 1 to 9 where all the rows, columns and smaller 3×3 squares all contain the numbers once. There are different difficulties for the puzzle, with the easy puzzles usually having more initial numbers given to you at the start. The New York Times have three different level difficulties of the puzzle, which are easy, medium and hard.

The NY Times have released the new sudoku puzzles for the January 28, 2022 and there were 37 numbers already filled out. Here is the solution to the easy puzzle:

The NY Times medium sudoku puzzle had 24 numbers filled in already and here is the answer for the puzzle:

The hard sudoku for the day has 23 numbers already given and here is the solution for today’s NY Times hard sudoku: