by Khadija Saifi
in Concepts
9

As Epic have stated that they will not be releasing a new map any time soon, they will be improving the map over time to keep it fresh.

Reddit user shutthecussup has come up with a POI concept called “Tumbleweed Turf”, inspired by the Old West theme. 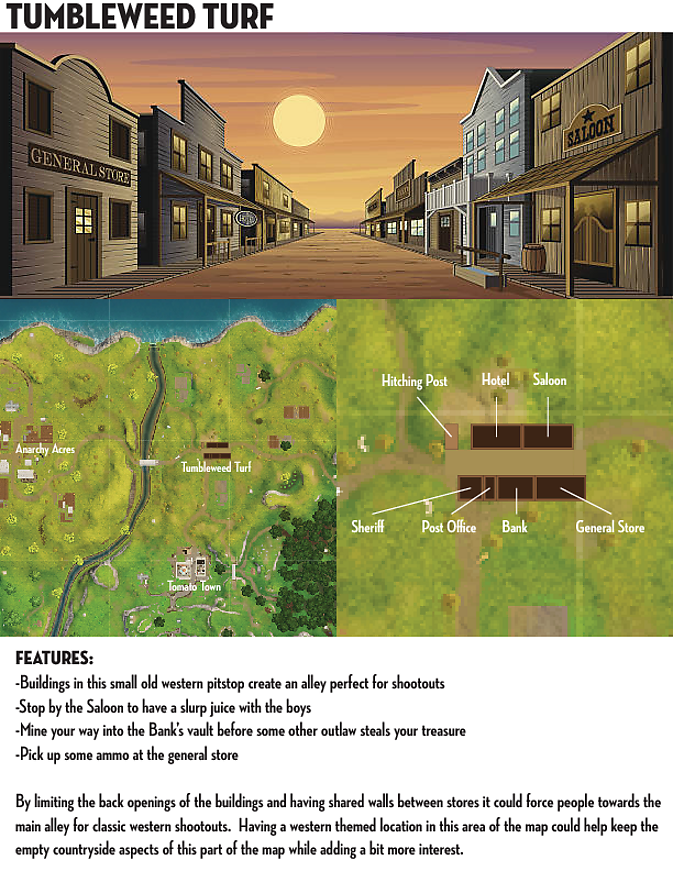 It has been suggested that this POI should be located in the North region of the map, as there are not many popular landing spots in this area.

Tumbleweed Turf will have seven buildings: Hotel, Saloon, Sheriff’s Office/ Jail, Post Office, Bank, General Store and a Hitching Post. The buildings will be arranged next to each other with no gaps and most buildings would not have a back entrance. This is so that players will be forced to battle it out in the middle of the town, like a good old western showdown! For the added effect, there could be revolvers on either end of the middle strip for the added Old Western effect.

The Bank would be a good location for Treasure Chests to be found, which could be hidden underground and players would need to break down to find them. The General Store could hold Ammo Crates with different types of ammo.

Let us know what you think about this POI concept in the comments section below.