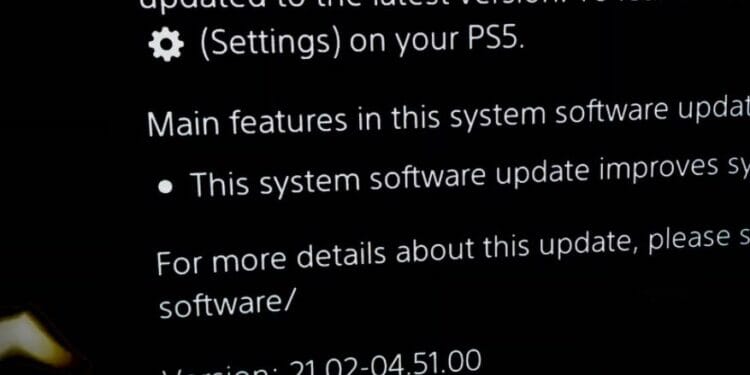 It’s been a couple of months since the last PS5 system software update. Today, Sony released the 21.02-04.51.00 update. As expected, there’s nothing major included with the latest release.

The March 8th, 2022 update is 914MB, but this can vary slightly. It shouldn’t be larger than 1GB. When updating the PlayStation 5, here’s what’s shown on the update page:

If there’s any other changes that weren’t mentioned by Sony but were included, we’ll update this post. Usually, Reddit users manage to find small changes in a system software update.

On the PS5 subreddit, some users were asking if this is a public release of the recent beta, which it isn’t. However, the next firmware update, version 3.0-05.00.00, will include a handful of new features.

In the new firmware, voice chats will be renamed to parties, it’ll be easier to access friends, parties, and messages, as well as changes to trophies, accessibility options, and more.