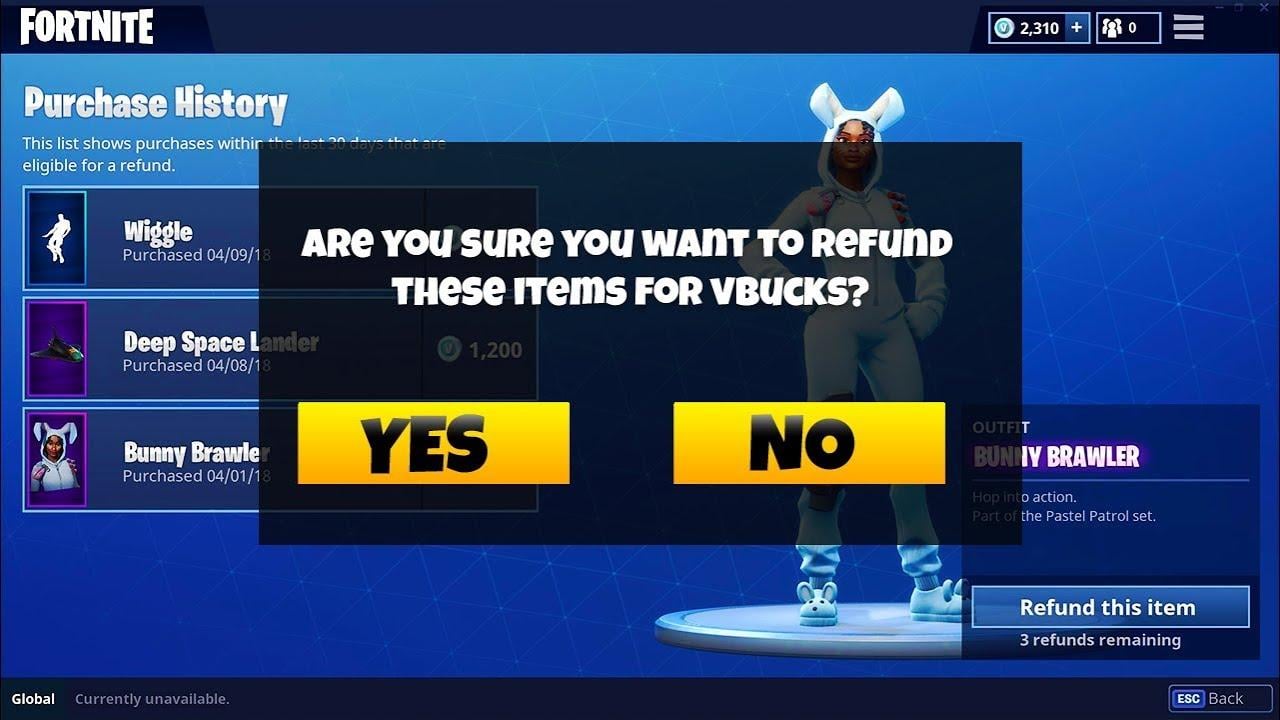 UPDATE: The update for this week, v4.3, has been delayed and will most likely be introduced on Thursday instead.

The Self Refund System is a new feature that allows players to refund items they had accidentally purchased or were not happy with from the Fortnite Item Shop. Players are only allowed to refund items that they have purchased in the last 30 days and will have a limit of refunding 3 items (lifetime) for V-Bucks. Not all items will be refundable in the Self Refund Feature.

The official Fortnite Trello Board shows the status updates on known bugs and issues.