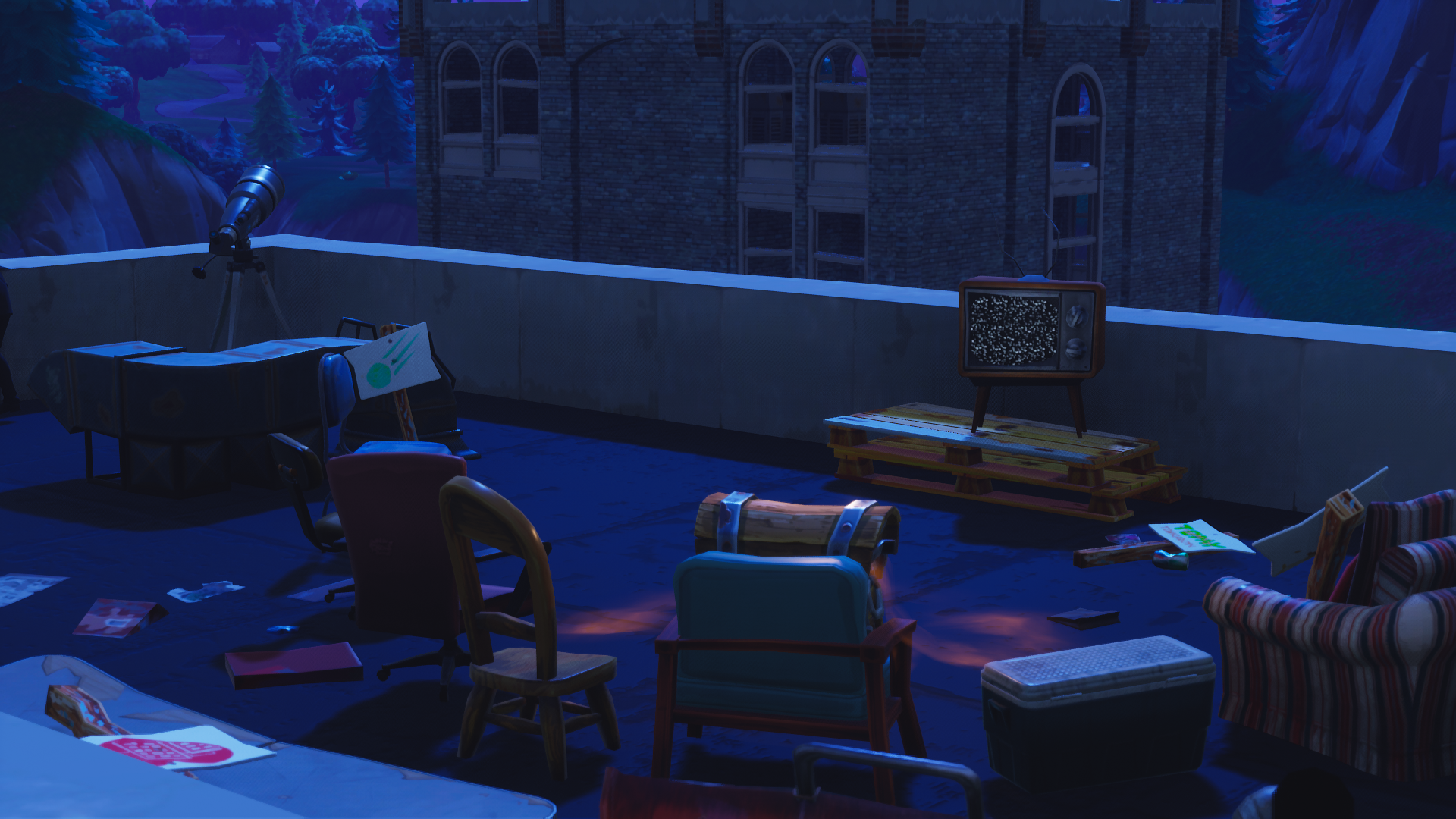 Signs dotted around in Fortnite suggest the Comet will hit tomorrow, with @thesquatingdog posting the following: 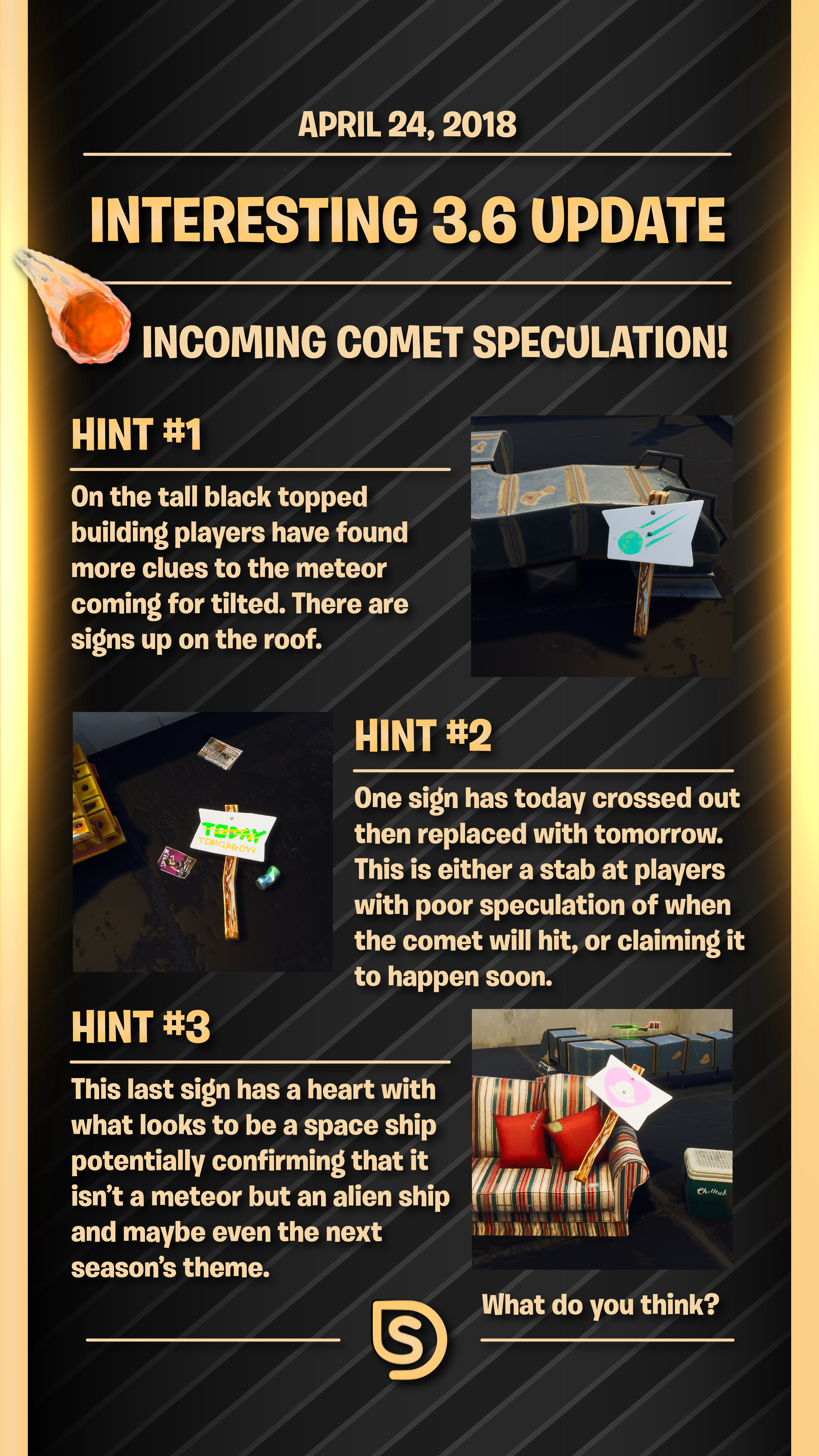 Here are the signs found in Fortnite:

It seems like the first sign represents Tilted Towers, which where it is believed the Comet will hit. There is a Spaceship that can be made out in the second sign, which is explained in more detail below. The Comet seems to be referenced in the third sign, ending with the word ‘Tomorrow’ on the last sign, suggesting the Comet will be making impact tomorrow.

It seems like the object in the sky could in fact be a Spaceship. Save the World actually has a storyline in which a character, Lars, mentions his friend has gone missing and also mentions that something from space is trying to communicate with the Husks, Zombies in Fortnite. Reddit user Kensyys shows how this storyline unfolds and the evidence of the Spacecraft in the dialogue in Save the World. This will tie Save the World and the Battle Royale aspects of Fortnite together.

The whole "comet destroying Tilted Towers" is a nice theory, but for those of you who don’t know, Save the World just revealed the truth about it. The object in the sky is almost definitely a spaceship. from FortNiteBR

Seems like aliens could be landing in Fortnite very soon and Lucky Landing could the spot they are aiming for!