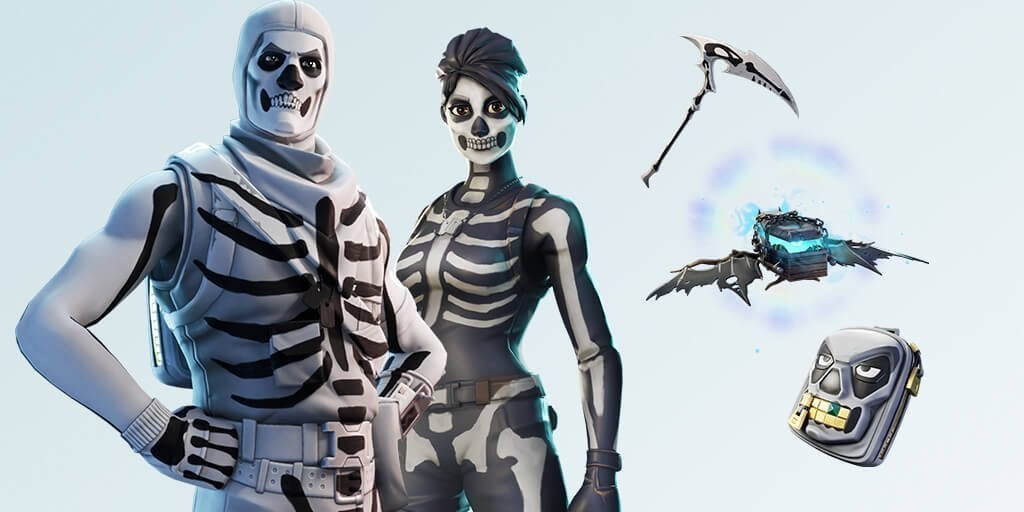 The popular Skull Trooper and Skull Ranger Fortnite skins are now available in the item shop with a new leaked style.

UPDATE: added leaked v11.01 cosmetics near the bottom of the article.

Epic Games announced the v11.01 Fortnite update today with server downtime starting at 4 AM ET. The servers are still down for maintenance, and as always, dataminers have downloaded the new files and have begun looking through the files to see if there’s anything worthy of leaking.

One of the recent leaks that has emerged from a dataminer called PXL Pat are new skins and styles, all of which are Halloween themed.

One of the new skin styles that have been leaked is for the Skull Trooper and Skull Ranger skins. These skins were last seen this time last year and were the joint second rarest Fortnite Halloween skins.

Epic stated back in Season 9 that they will continue to add new styles for skins that have already been made available to purchase in the shop, and we’ve had a handful of skins that have been given new styles including waypoint, Castor, Elmira, Sandstorm and more.

The Skull Trooper and Skull Ranger skins now have a new skin style that has been leaked, and it’ll be available to purchase in the Fortnite Item Shop when downtime for the v11.01 update ends. You can take a look at the new skin styles below:

The new skin styles for Skull Trooper and Skull Ranger have a clean design. As you can see from the image below, the new skin syle is a simple white style:

As soon as downtime has ended, you’ll be able to purchase the skins in the Fortnite Item Shop. Use code “FORTNITE-INSIDER” in the bottom right of the item shop if you’d like to support us.