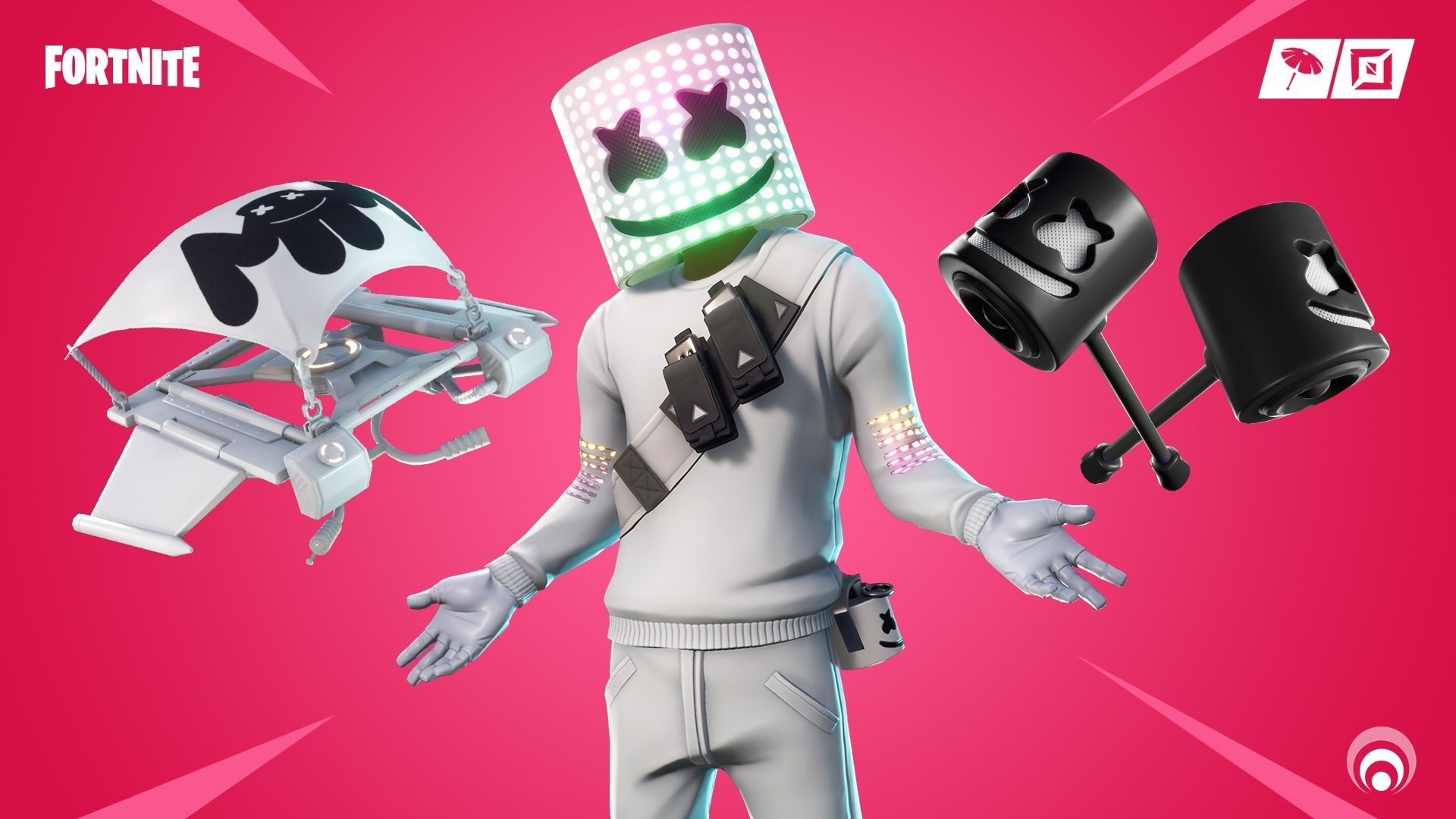 The collaboration also included challenges called “Showtime”. Players were able to receive free cosmetic rewards for completing these challenges. The rewards for the challenges were the rare Keep It Mello Emote, the Marshy Smasher Pickaxe, Mello Made It Right Spray, and the Showtime Banner Icon.

In the v9.40 update, the last major update for Fortnite Season 9, dataminers discovered a new encrypted pickaxe called “Mello Mallets”. Epic had tweeted out an image last night featuring the Marshmello skin, which hinted at the skins return.

The tweet seen above was then quote tweeted by Marshmello himself with the caption, “That’s a good looking skin”, accompanied by a thinking emoji.

Will you be buying the Mello Mallets? Let us know in the comments below.