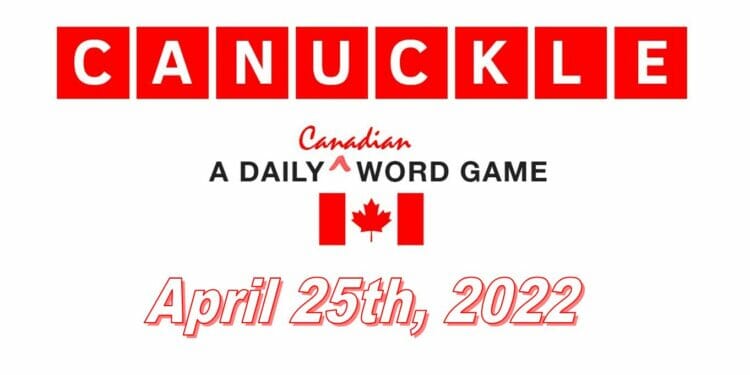 UPDATE: Click here for the hints and the answer to Canuckle 76!

As the word can be quite difficult, we have some hints for Canuckle 75 to help you to solve it, which are:

Hint 1: Contains the letter G.
Hint 2: It starts with the letter L.
Hint 3: There are two vowels in the word today.
Hint 4: The word is a small house at the gates of a park or in the grounds of a large house, occupied by a gatekeeper, gardener, or other employee..

Here is how I managed to solve the answer to Canuckle 75 today in four guesses. I started with the word ‘MAPLE’ which was a good first guess for the word today as it placed the E in the correct place as well as showing me that there in an L in the word. I then wanted to guess a word that has an O and U in it to see if there are any more vowels in the word.

The word I guessed next was ‘LOUSE’ as it also places the L in a different position and it turned out to be a great guess as it placed the L and O in the correct positions, leaving only two more letters to be filled in. The next word I guessed was ‘LOTTE’ which unfortunately did not give me any new information except that there is no T in the word.

I then thought I would try a different approach and guess a word that has all the letters that I have not used yet so I went with the word ‘GRIND. This was a great guess as it showed me that there is a G and D in the word, which means that I now had all the letters in the word and just needed to rearrange them to solve the answer to Canuckle 75, which is…

A beaver home is called a lodge. Beavers live in wetland habitats along lakes and rivers and are some of the best architects in the wild. Some even call them the original Canadian lumberjacks!

Click here for the hints and the answer to Canuckle 76!