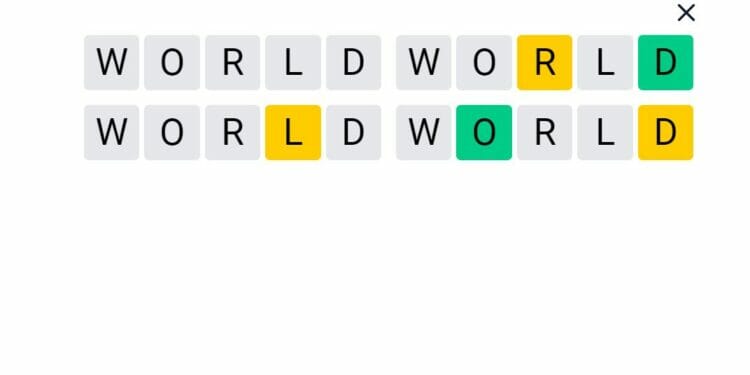 With Wordle’s success, several other games have been created with a similar design and idea. Quordle and Dordle are the most popular word games that have been released, which require players to guess more than one five letter word.

Quordle was released on January 30th and was played by friends of the creatgor, David Mah. A couple of weeks after the release, large publishers including The Guardian wrote an article about the game, which helped the new daily word game amass a large number of new players.

Fast forward to today, the game now has more than 500,000 daily players with over one million total players. Like Wordle, Quordle isn’t being monetised with advertisements or subscriptions. That’s likely going to remain the same for the forseeable future with the creator stating he has no plans to monetize the game.

A new set of four five-letter words are released at midnight local time. There’s no in-game hints for the words, so we’ve been creating our own hints for those that are struggling. We also provide the answer for those of you that don’t want to lose their winning stram. Below, you’ll find our hints along with the answer to Quordle 46, released on March 11th, 2022.

UPDATE: Quordle 47 answer released on March 12 can be here by clicking here.

If you haven’t played Quordle before, you might not know the numbers for each word. Word one is top left, two is top right, three is bottom left, and word four is bottom right. We’ve used the same system for our hints.

The four five-letter words are harder than what we’ve seen over the past couple of days. If the hints haven’t helped you from potentially losing your winning streak, we have the answers for Quordle 46, released on 11th March, 2022 below: