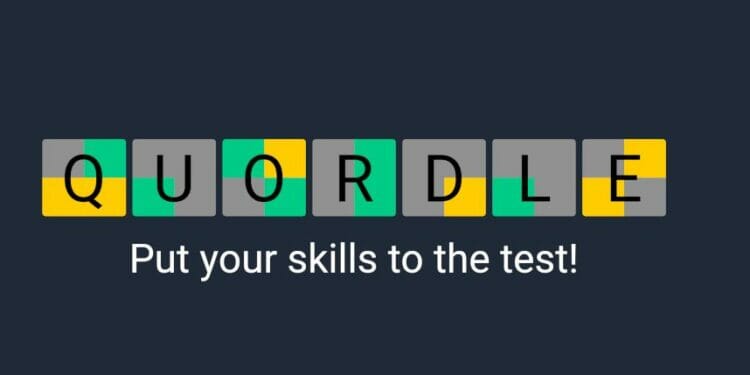 Developers were quick to create Wordle-like games when the game went viral at the start of the year. In the past couple of months, there have been a handful of daily word games that have been released.

Some of them fizzled out quite quickly, others have stuck around and built up a large loyal player base. As far as we know, Dordle was the first word game that took inspiration from Wordle and released its own games.

Quordle quickly followed and has significantly grown its player count over the past month. Last month, the Quordle website stated that there were 500,000 daily players and a total of 2 million players.

It was recently updated with new statistics with the game now boasting more than 2 million daily players and 15 million total players. If you’ve never played the game before, the concept is straightforward: guess the four five-letter words in nine attempts or less. The tiles change based on the letters in the word you’ve submitted as a guess, just like they do on Wordle.

Because the game is more difficult than Wordle, players may require assistance when guessing the four words. We’ve been covering each Quordle for over a month with our own tips, hints, and answers. You’ll find all the information you need to help you conquer Quordle 66, which was released on March 31st, 2022. 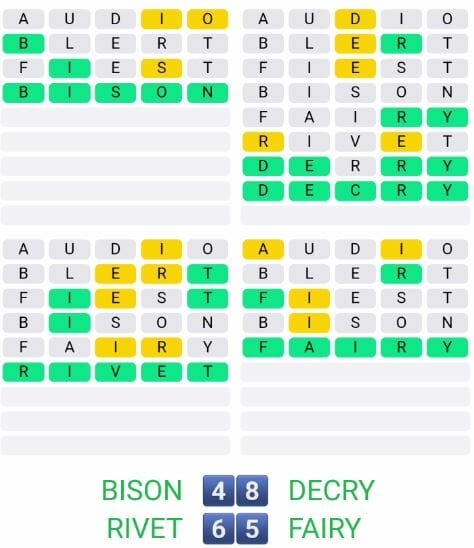