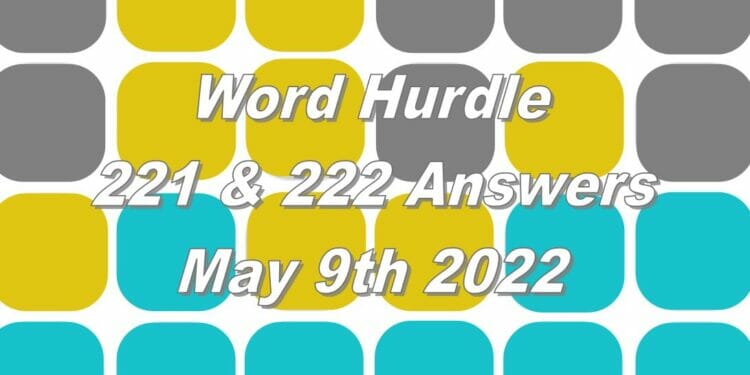 UPDATE: Click here for the hints and the answers to Word Hurdle 223 and 224!

Here are some hints we have for Word Hurdle 221 to help you to complete the word for today.

Hint 1: Contains the letter G.
Hint 2: It starts with the letter W.
Hint 3: There are two vowels in the word today.
Hint 4: A body’s relative mass or the quantity of matter contained by it, giving rise to a downward force; the heaviness of a person or thing.

Here is how I managed to solve the answer to Word Hurdle 221 today in five guesses. I guessed the word ‘AUDIOS’ first (as per usual), which only showed me that there is an I in the word, but it hasn’t been placed correctly.

I then guessed the word ‘FRIDGE’ as this changes the position of the I and also includes letters that I have not guessed yet. This was a great word to guess for the word today as it correctly placed the I in the word, as well as revealing there is a G and E in the answer.

As the I is the third letter, I thought that the E would likely be the second letter and as the G was the fourth letter in the word, I figured that the word ends in ‘GHT’. Thinking this, I decided to guess the word ‘HEIGHT’, which showed me the word ends in ‘EIGHT’.

There is now only the first letter to be guessed, which made it very easy to guess the answer to Word Hurdle 221, which is…

Here are some hints we have for Word Hurdle 222, released in the afternoon of May 9th to help you to complete the word for today.

Hint 1: Contains the letter S.
Hint 2: It starts with the letter E.
Hint 3: There are three vowels in the word today (one letter has been repeated).
Hint 4: To make certain that something will occur or be the case.

Here is how I managed to solve the answer to Word Hurdle 222 in four guesses today. I guessed the word ‘AUDIOS’ first, as usual, which was a good guess as it showed me that there is a U and S in the answer, but they have not been placed in the correct positions.

I then guessed the word ‘TRUEST’ as this places the known letters in different positions as well as using different letters I have not guessed yet. This was a great word to guess as it showed me that there is a U and E in the word, although none of the letters have been placed correctly.

All I had to do to guess the answer to Word Hurdle 222 was to rearrange the letters, which meant the answer to the word today is…

Well done if you managed to guess one or both of the Word Hurdle words correctly today! Click here for the hints and the answers to Word Hurdle 223 and 224!