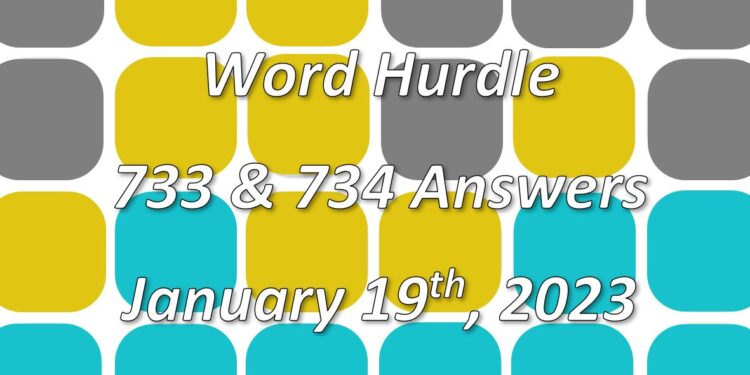 UPDATE: Click here for the hints and the answers to Word Hurdle 735 and 736!

Here are some hints we have for Word Hurdle 733 to help you to complete the word for today.

Hint 1: Contains the letter L.
Hint 2: It starts with the letter V.
Hint 3: There are three vowels in the word today.
Hint 4: It is a noun.
Hint 5: A herbaceous plant.

The answer to the Word Hurdle 733 is:

Here are some hints we have for Word Hurdle 734, released in the afternoon of January 19th to help you to complete the word for today.

Hint 1: Contains the letter M.
Hint 2: It starts with the letter T.
Hint 3: There are three vowels in the word today (one letter has been repeated).
Hint 4: There is a repeated letter.
Hint 5: It is a noun.
Hint 6: A glossy red, or occasionally yellow, pulpy edible fruit that is eaten as a vegetable or in salad.