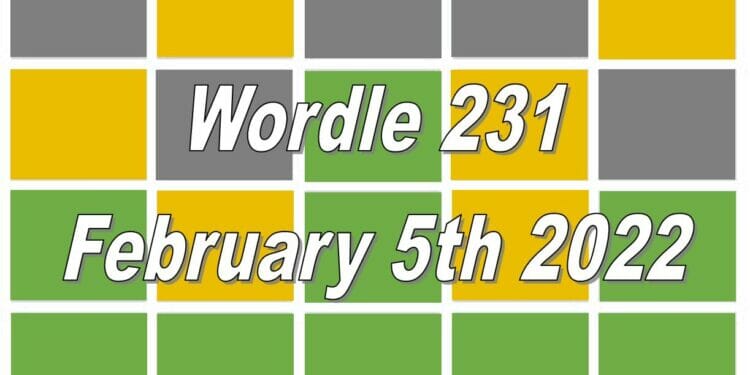 UPDATE: WRODLE 232 IS NOW LIVE AND YOU CAN SEE THE HINTS AND ANSWER BY CLICKING HERE

Wordle is such a popular game with such a simple concept, guess the five letter word of the day in six guesses or less. There are no clues as to what the word will be, but the guesses you make (which have to be an actual word in the American English language) will help you to solve the puzzle. This is because the tiles for the letters in the word you guess will turn one of three colours, green, yellow or grey. These colours let you know if you have the correct letter in the correct place, correct letter in the wrong position or if the letter does not appear in the word at all. 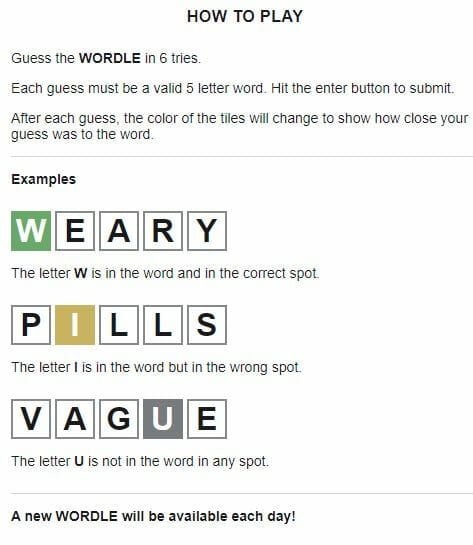 There are many different ways in which you can tackle this puzzle, but there’s no right way as the word could be anything and you never know, you may get lucky one day and guess the word straight away! The word in the game changes every day at midnight and there is only one to complete each day, which makes the game even more interesting and hooks players to visit the website everyday to see how many guesses it takes to guess the Wordle of the day.

We like to give our readers hints as to what the word is, so without further ado, here are our hints for Wordle 231.

Hint 1: Contains the letter S
Hint 2: It starts with the letter T
Hint 3: There are two vowels in the word

I solved the Wordle in four attempts today. I decided to start off with the word ‘URINE’, which was a big mistake as none of the letters in this word were in the Wordle of the day. This word showed me there were no I’s, E’s or U’s in the word, but question is if there was an O and an A or just one so I then went for the word ‘TOAST’. This word was a success as I had placed the last T in the correct place and I knew there was both an O and an A in Wordle 213.

I then guessed the word ‘FLOAT’ where I managed to place both the L and O in the correct positions as well and found out the word contained an F and the A was placed in the wrong position again, so all I had to do was swap these two letters around to get the answer for Wordle 213 today which is…