by Khadija Saifi
in Concepts
11 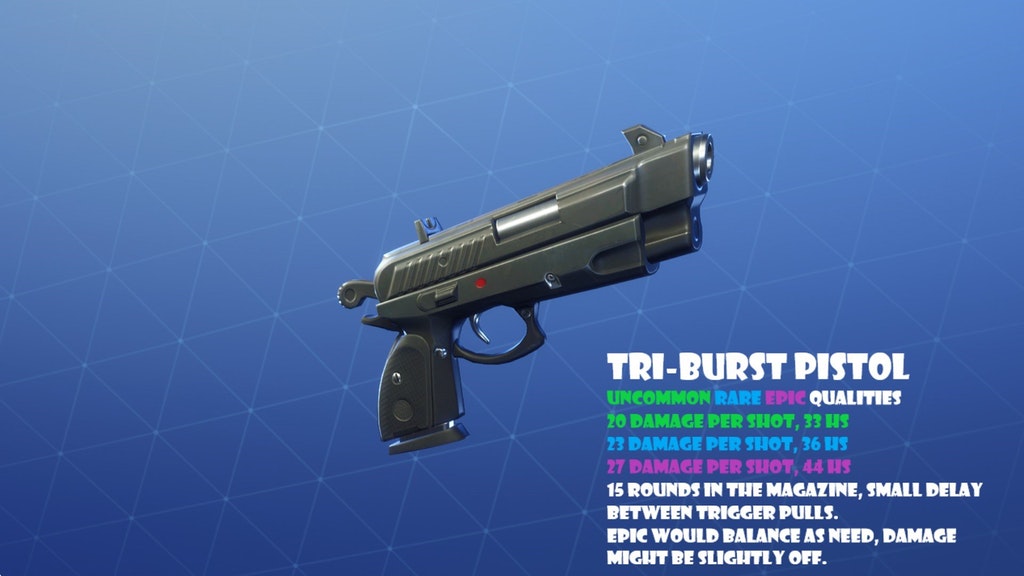 This new weapon has been suggested to be available in Uncommon, Rare and Epic rarities, with the following damage:

There will be 15 rounds in each magazine and a small delay between trigger pulls.

Let us know what you think about this weapon concept in the comments section below.