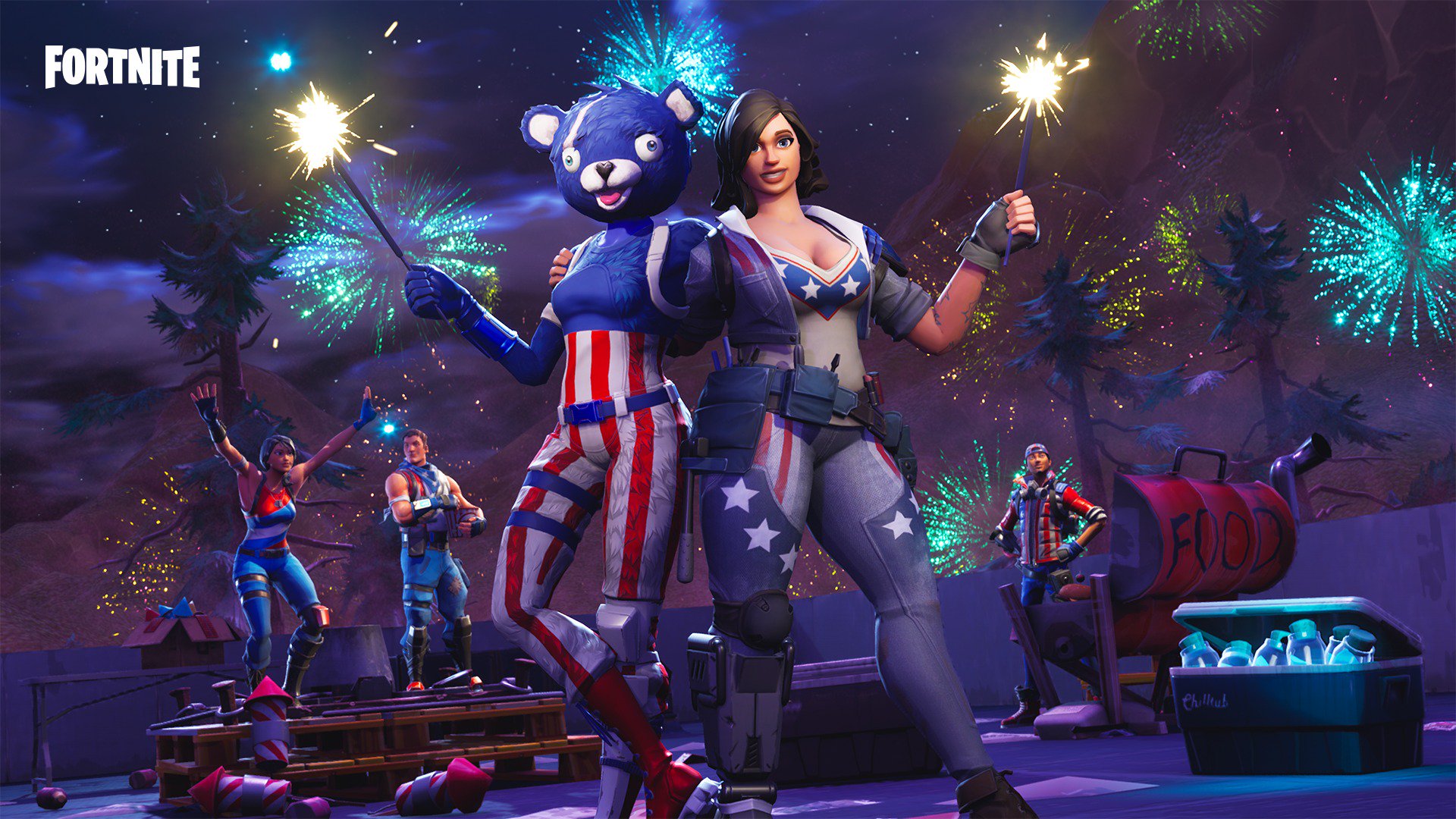 The 14 Days of Summer Day 10 challenge and reward will go live soon. The challenge requires players to launch fireworks found along the river bank. Here’s all the fireworks locations.

Day 9 of the 14 Days of Summer event went live yesterday at 1 PM BST with a brand new challenge and reward followed by a new rotation of limited times modes and a weapon being unvaulted for 24 hours.

Yesterday’s challenge was to score trick points with a Driftboard with the neon tropics applied to it. The new LTM that was introduced to the game was the Power Up LTM and the weapon that was unvaulted was the Six Shooter.

Epic have added in at least one new cosmetic to the Fortnite Item shop each day since the 14 days of summer event began. Epic added the previously leaked Doublecross skin to the shop along with the new Fireworks and Flowerprint wraps.

Here’s all the locations in-game thanks to Game With:

You’ll find a firework north of Lazy Lagoon on the east side. You’ll notice the firework is near the three small boats in the water.

Head south of Lazy Lagoon and you’ll find another firework on grass. The firework will be near a small waterfall. You’ll find it on the west side of the river bank.

The next firework along the riverbank can be found east of Loot Lake. You’ll find the firework between the station wagon and the yellow RV on grass.

You’ll find another firework near Neo Tilted. The firework will be located on the west side of the river by a tree and near the small brick shack.

Continue down the river bank from the previously listed firework above and you’ll find another firework on the west side.

You’ll find the final firework location west of Fatal Fields in the snow biome. You’ll once again find this firework on the west side of the river bank. The firework is located before the birdge at Lucky Landing.