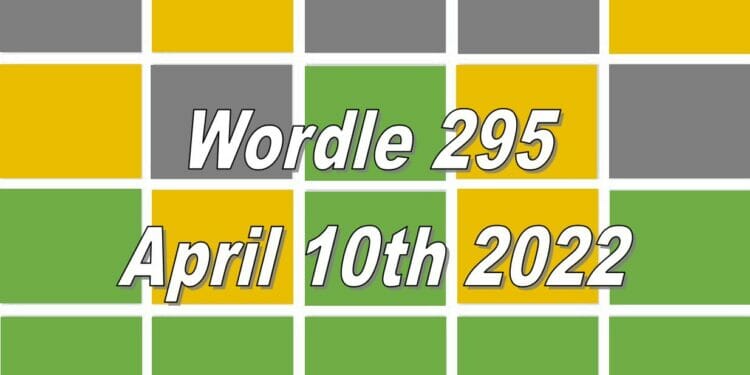 UPDATE: Click here for the hints and the answer to Wordle 296!

Wordle is a popular word game that almost everyone enjoys and plays! The aim of the game is simple: guess the five-letter word in six or fewer guesses. The word could be anything in the American English language, and there are no hints as to what it could be, making it appear impossible.

As the word can be quite difficult, we have some hints for Wordle 295 to help you to solve it, which are:

Hint 1: Contains the letter C.
Hint 2: It starts with the letter B.
Hint 3: There is only one vowel in the word.
Hint 4: A colour.

As the only vowel in the word is A and it isn’t the second letter, it will more than likely be the third letter. Looking at the letters that I still have left, I did manage to guess the answer to Wordle 295, which is…

Well done if you managed to guess the answer correctly today. Click here for the hints and the answer to Wordle 296!