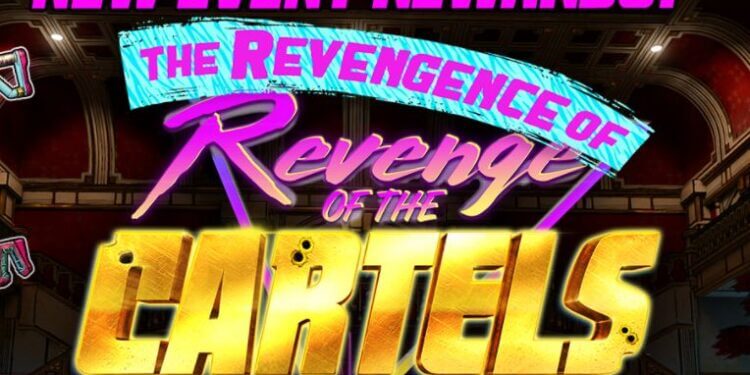 Revenge of the Cartels

There were a number of issues with the splitscreen feature which have been addressed in today’s new Borderlands 3 1.24 update. The UI for splitscreen has been updated so both users can see information including buddy health and mission objects. Players not being added to splitscreen play, adjusting the location of news in 4-player splitscreen, and fixing an issue that caused visual effects for double barrel not to stretch properly have all been address among other fixes.

Weapon adjustments have been made with the Grease Trap getting a 20% based damage increase, the iceburger getting buffed damage along with the needle gun. Here’s everything from the 1.24 Borderlands 3 update today including information for crossplay in borderlands.

Revenge of the Cartels Borderlands 3

The Borderlands Revenge of the Cartels features brand new themed cosmetics items that can be unlocked by completing the same challenges and thresholds as last year.

The level cap has now been increased to level 72

As of the new Borderlands 3 1.24 update today, crossplay IS in Borderlands 3. It’s available after the new update but is currently working across Xbox One, Xbox Series X and S, Stadia, PC via Stream and the Epic Games Store. Borderlands 3 crossplay has been made possible through SHiFT matchmaking and you’ll receive an opt-in window when it goes live.

You’ll need to set a crossplay display name which as certain requirements you’ll need to following includes the name being unique, being between 3-16 chracters long, and the crossplay name starting with a letter.

If the event is not active in the main menu, players will not see these Anointments roll on gear.

Today’s changes to Borderlands 3 also activate ALL of the True Trials!

During this event, all the Trial bosses have received a HUGE boost to their health and the damage they will be dishing out to players. This mini-event cannot be turned off, so new players beware!

Maurice’s Black Market Vending Machine will be moving to a new location on Thursdays at 9:00 AM PT / 12:00 PM ET and is activated with a hotfix.

These changes will be live on all platforms by 12:00 PM PT. To apply hotfixes, wait at the main menu until you see a sign that reads, “Hotfixes Applied!” If you are experiencing any issues or want to provide feedback, please submit a ticket to support.2k.com.

As a reward, the bosses will be dropping the two Legendary weapons from their events. In addition, the chests at the end of each of the Trials will be full of Legendaries regardless of how quickly you completed it or how many objectives you scored!

With the introduction of the final level cap increase, we determined this was the best time to make changes to the current Anointment meta. We have found that a few character-agnostic Anointments were proving to be the go-to for all characters and builds. With the changes we are making today, we’re hoping to see character-specific Anointments become meta, rewarding players for building into their character tree and Action Skills even more so than before. We will be monitoring community feedback very closely as we anticipate there will be a lot of discussion surrounding this topic. We will make further adjustments to these changes as deemed necessary.