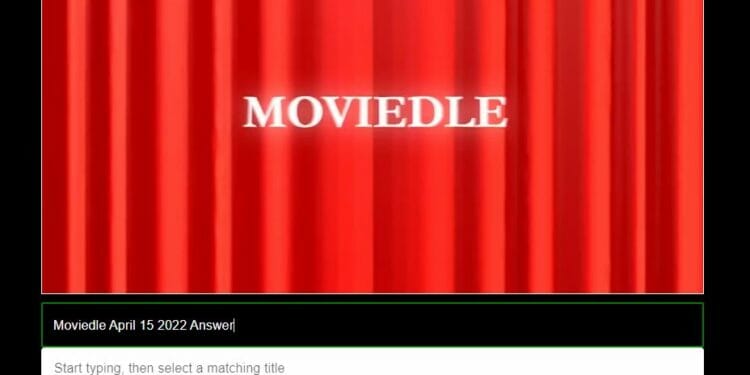 There’s a new movie to guess for Moviedle on April 15, 2022. Here are our usual hints along with the answer for today.

The game is a hybrid of Heardle and Framed, and it’s high on our list of games to play on a daily basis. It appears that there are already thousands of daily players.

The game begins with a one-second version of the entire day’s movie. Players can then either submit a guess or skip. Each incorrect or skipped guess unlocks a slower, longer version of the movie, which should help you figure out the movie before you run out of guesses.

You have a total of six guesses, and whether you win or lose, you can share your results on social media. Every day, a new Moviedle is released, just like the rest of the games. Here are our hints and the answer for the Moviedle movie on April 15, 2022.

If you’re still struggling with the April 15th, 2022 Moviedle, the answer is Superbad.