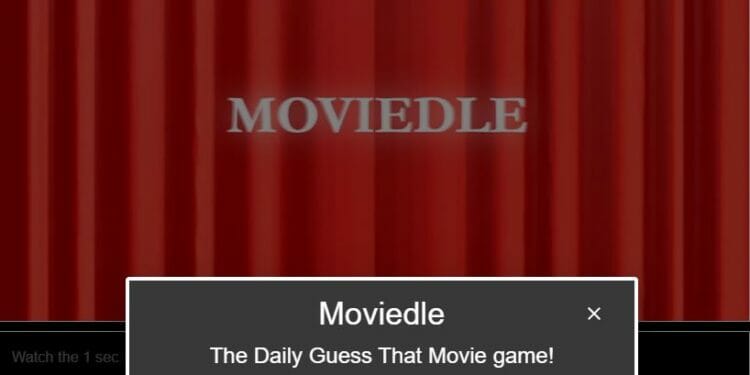 A new movie is available for the April 23, 2022 Moviedle. Here are our hints and the answer for today.

A few movie-related guessing games have been released in the previous few weeks. The most popular game right now is Framed, but Moviedle, a new movie game, has been gaining traction quickly.

The game is a hybrid of Heardle and Framed, and we’re excited to play it on a daily basis. It appears that there are already thousands of daily players.

The game starts with a one-second version of the day’s whole movie. After that, players can either submit a guess or skip. Each inaccurate or skipped guess unlocks a slower, lengthier version of the film overview, which should aid in your conquest to guess the film of the day before you run out of guesses.

You have a total of six guesses, and whether you win or lose, you can share your results on social media. Every day, a new Moviedle is released, just like the rest of the daily games. Here are our hints and the answer for the Moviedle movie on April 23, 2022.

Here are a few hints below to help you continue your moviedle win streak.

If you’re still struggling with the April 23, 2022 Moviedle, the answer is Pirates of the Caribbean: The Curse of the Black Pearl.