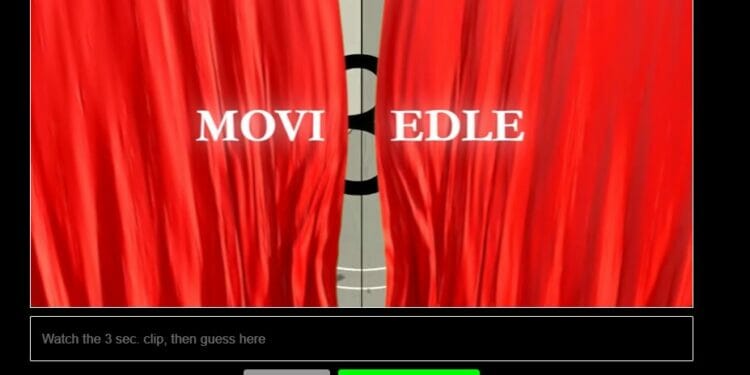 A new day means a new Moviedle to complete. Here’s everything you need to successfully guess the April 28, 2022 movie.

More and more Wordle-inspired games are released each day. Heck, we launched our own game a couple of weeks ago and managed to get in trending on Twitter on the first day.

There are now a few movie guessing games available, with Framed being the most popular of the bunch. However, a game called Moviedle, a cross between Heardle and Framed, has gained popularity over the past month.

The game starts with a one-second rendition of the full film, which participants must guess. You can start entering or skipping guessing when after the one-second version.

Each incorrect or skipped guess will unlock a lengthier, slower recap of the movie. Players have a total of six guesses to correctly guess the movie of the day. You can share your findings on social media once you’ve completed the Moviedle for the day.

There’s a new Moviedle that releases each day, and here are our hints along with the answer to the April 28, 2022, Moviedle movie of the day.

If you’re still struggling with the April 28th, 2022 Moviedle, the answer is Speed.