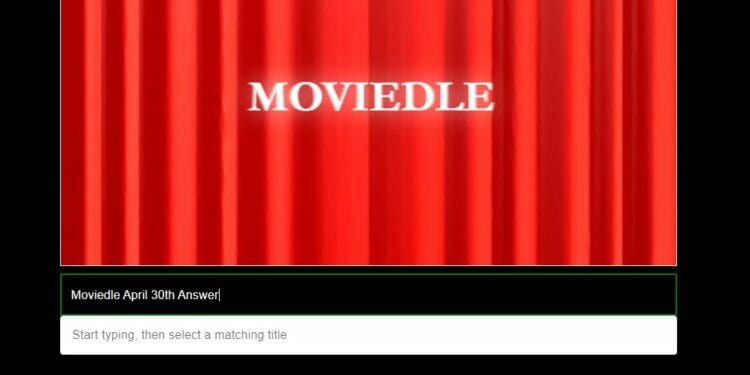 A new movie is available to guess in the Movidle daily guessing game. Here are our hints and answer for the April 30, 2022 movie for those of you who are struggling.

Framed was one of the first Wordle-inspired movie guessing games that were released. It’s the most popular movie game, but there are a couple of other games that have been slowly gaining a loyal player base over recent weeks.

Moviedle takes features from both Heardle and Framed to make a unique movie guessing game. The game provides players with a one-second version for the day’s movie.

Players can then submit a guess with each incorrect or skipped guessing unlocking a slow recap of the film. Players need to guess the movie in six tries or less, and results can then be shared on social media.

A new movie of the day for Movidle is released each day at midnight local time. Here are our hints and answer for April 30, 2022.

Here are our hints to help you guess the film for today. If you’re still struggling, you’ll find the answer below the hints.

If you’re still struggling with the April 30th, 2022 Moviedle, the answer is Aladdin.