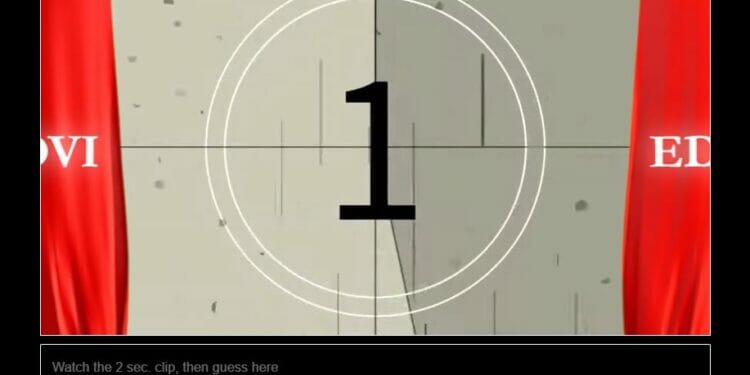 There’s a new movie of the day to guess for the Moviedle released on May 4th, 2022.

There have been a handful of developers that have been releasing their own games with a unique spin on Wordle. Over the past couple of months, we’ve seen more than five movie-related daily guessing games released.

The most popular of the bunch is Framed, but players are looking for other games to play once they’ve completed the Framed movie of the day. That’s where Moviedle steps in.

The game is a mix of two popular games; Heardle and Framed. It began getting the attention it deserves over the past month, and it looks like there are thousands of players enjoying the game on a daily basis.

The game begins with a one-second clip from the day’s film. After that, players can either guess or skip. Each incorrect or skipped guess unlocks a slower, longer version of the film, which should help you figure it out before you run out of guesses.

You have a total of six guesses, and you can share your results on social media whether you win or lose. Every day, like the rest of the daily games, a new Moviedle is released. Here are our hints and the answer for the Moviedle movie released on May 4, 2022.

If you’re still struggling with the April 15th, 2022 Moviedle, the answer is Spaceballs.