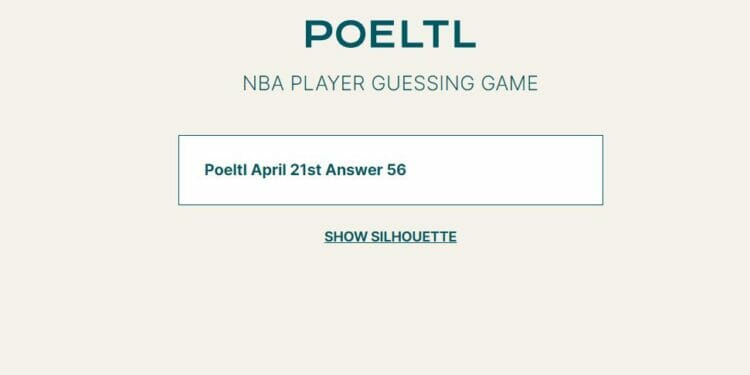 There’s a new mystery NBA player available to guess for April 21, 2022. Here are our hints along with the answer for Poeltl 56.

On a daily basis, new Wordle-inspired games are released. The majority of them will fade out fast, while others were released over a month ago but have only recently garnered traction.

Poeltl is an NBA guessing game that was released at the end of February but is only now receiving attention. The game’s premise is straightforward: pick the mystery NBA player in less than eight tries.

Every day at midnight local time, a new Poeltl mystery NBA player is available, just like in most other daily guessing games. Here are our hints for the 56th player along with the answer for the April 21, 2022 release.

If you’re still struggling or just want to know the answer to the Poeltl 56 released on April 21st, the answer is Jaylen Brown!