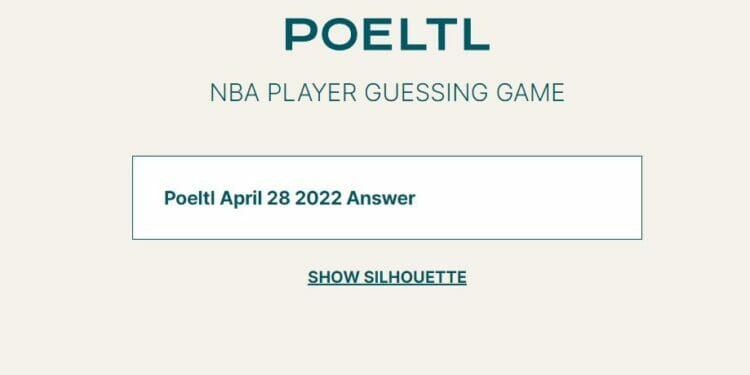 There’s a new mystery NBA player to guess for Poeltl 63, released on April 28, 2022. Here are our hints along with the answer for today.

It’s difficult to keep up with all of the new daily guessing games that have been published recently. Poeltl is one of the developers that got inventive with their take on Wordle.

Poeltl is a basketball-themed guessing game in which players must guess the mystery NBA player in eight attempts or less.

Poeltl, like most guessing games, has a new one available every day at midnight local time. Everything you need to keep your winning streak going, including hints and the answer for mystery player 63, which was announced on April 28, 2022, is provided below.

Hint 1: Players in the western conference
Hint 2: 6 foot 6
Hint 3: 30 years old
Hint 4: Number 21
Hint 5: Plays for the team that the Phoenix Suns will knock out in game six on Thursday.

If you’re still struggling or just want to know the answer to the Poeltl 63 released on April 28, the answer is Tony Snell.