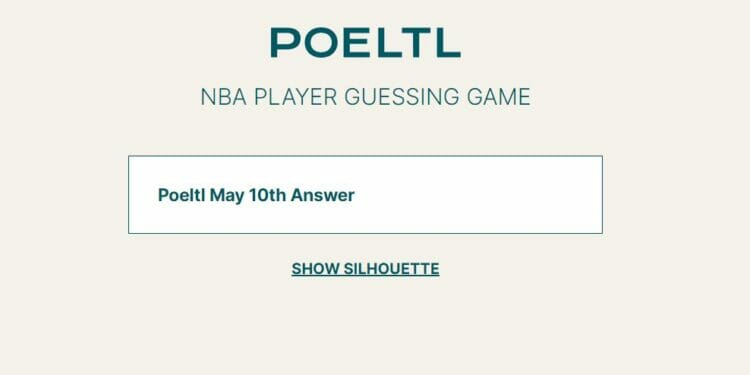 A new NBA mystery player is available for the Poeltl NBA game. Here are our hints along with the answer to Poeltl 75, released on May 10, 2022.

Every day, it seems like a new Wordle-inspired game is released. Most of them will fail to get traction, but some, like Quordle, have grown to reach over a million daily users.

Poeltl, which was released just under two months ago, is one of the daily games inspired by Wordle. The game’s premise is simple: in eight attempts or less, predict the mystery NBA player of the day.

As you’d expect from a daily game that’s taken inspiration from Wordle, a new puzzle (mystery player) is available at midnight local time. Here is our hints answer to Poeltl 75, released on May 10, 2022.

If you’re still struggling or just want to know the answer to the Poeltl 75 released on May 10, 2022, the answer is Alex Len.