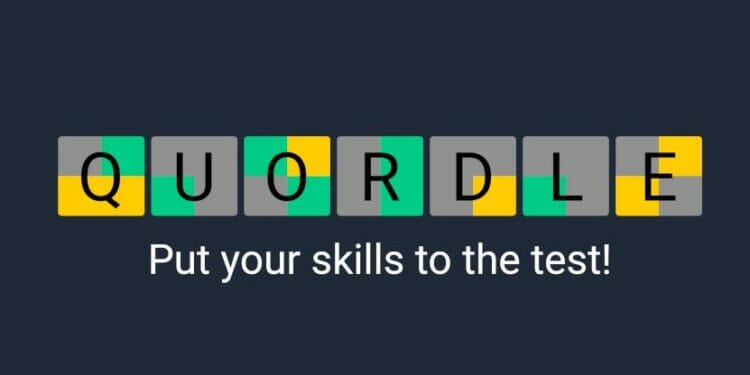 Although it’s Saturday, for Quordle players, there’s no time for your brain to switch off. A new four-word puzzle is available, number 76, released on April 10, 2022. Here are hints and answers for today’s release.

It’s been over three months since the release of Quordle, a daily word game that tasks players with guessing four five-letter words in nine attempts or less.

The game took inspiration from Dordle, a game that tasks players with guessing two five-letter words, after seeing the game featured in an article posted by The Guardian.

Quordle was released at the end of January, but there have been a few improvements since then. There’s also a practice mode that allows players to play as many word puzzles as they want.

However, the word puzzles you successfully complete in practice mode won’t count towards your win streak or score overall, that’s only for the daily puzzle. A new Quordle is released each day at midnight local time.

We’ve been covering Quordle for a few weeks now with our own hints to help players that might be struggling to guess all four words. Below, you’ll find everything you need to conquer Quordle 76, released on April 10, 2022. 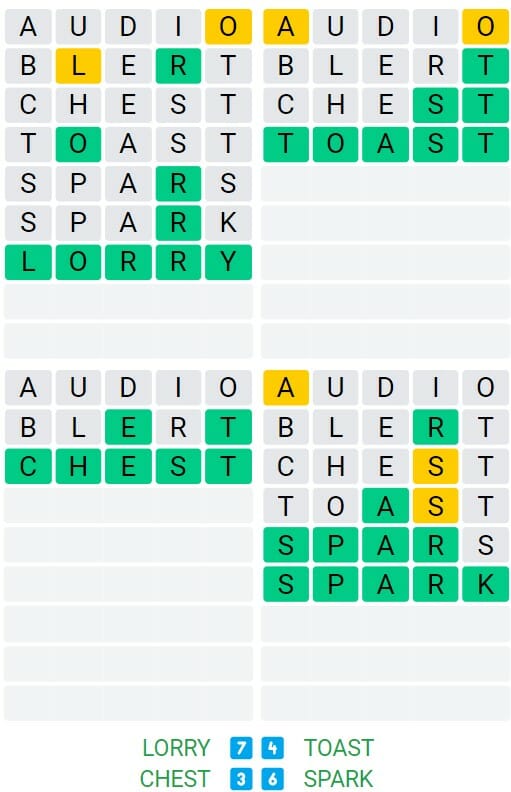