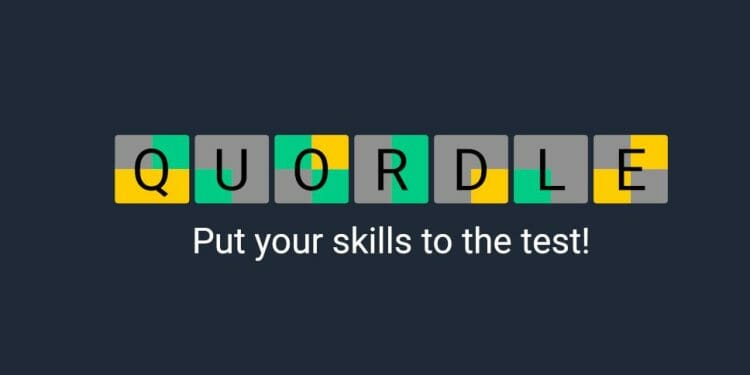 A new set of words to guess for Quordle 145 will be released on June 18, 2022. As always, our own hints and solutions to today’s puzzle can be found below.

Some of the daily Quordle words can be difficult to guess correctly within the allotted number of guesses. As a result, we’ve been providing our own hints alongside the answer for the past few months. If you’re struggling with Quordle 145, which was released on June 18th, 2022, you can use our hints and answers below.

Hint 1: Word 1 begins with a P, 2 with an M, 3 with an A, and 4 with an M
Hint 2: Word ending – 1: C, 2: L, 3: E, 4: L
Hint 3: Word 1 – sudden uncontrollable fear or anxiety
Hint 4: Word 2 – a solid material that is typically hard, shiny, malleable, fusible, and ductile
Hint 5: Word 3 – an ornamental stone consisting of a hard variety of chalcedony (quartz), typically banded in appearance
Hint 6: Word 4 – a three-dimensional representation of a person or thing or of a proposed structure, typically on a smaller scale than the original 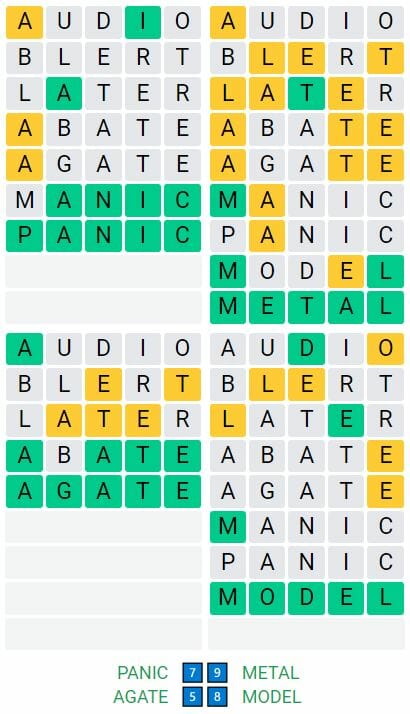