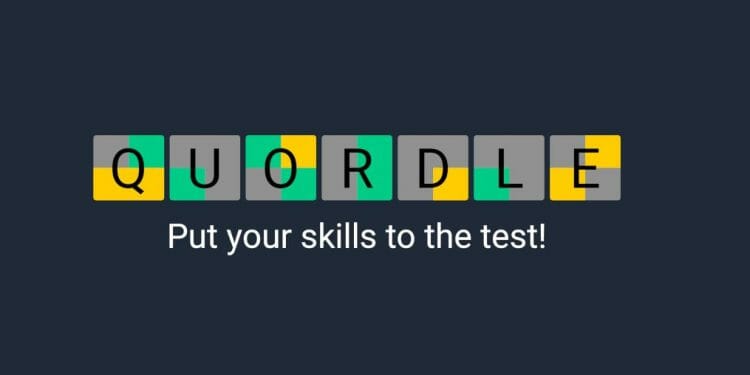 There’s a new set of words to guess for Quordle 133, released on June 6, 2022. As usual, you can find our own hints along with the answers to today’s puzzle below.

Hint 1: Word 1 begins with an L, 2 with a U, 3 with a P, and 4 with an F.
Hint 2: Word ending – 1: R, 2: N, 3: Y, 4: D
Hint 3: Word 1 – less high in position
Hint 4: Word 2 – the action of joining together or the fact of being joined together, especially in a political context
Hint 5: Word 3 – a social gathering of invited guests, typically involving eating, drinking, and entertainment
Hint 6: Word 4 – an overflow of a large amount of water beyond its normal limits, especially over what is normally dry land 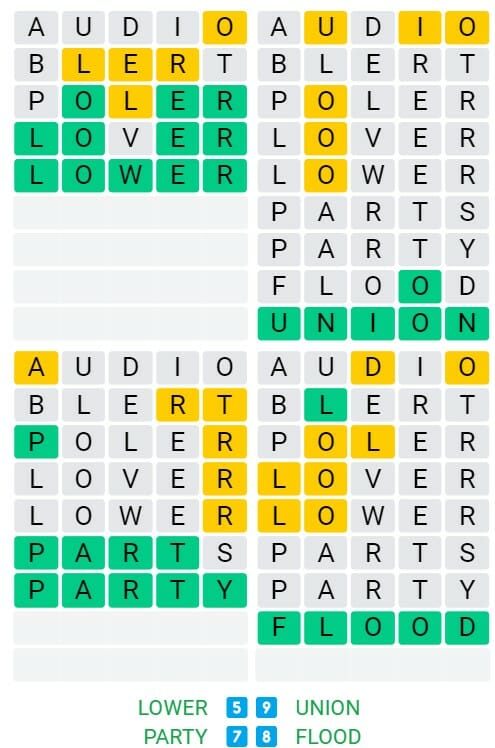