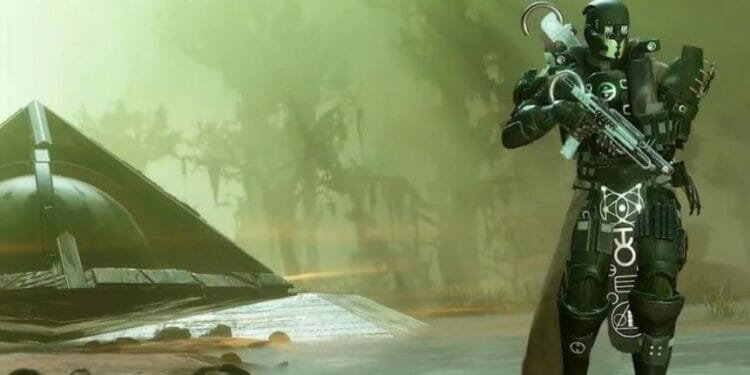 Bungie announced on Twitter yesterday that the Destiny 1 and 2 servers will go down for scheduled maintenance today (March 10th, 2022) in order to release the 4.0.0.3 hotfix update, which means a new download isn’t required.

The server maintenance began more than two hours ago and integration features on web, mobile, and third-party apps will be unavailable. According to the Bungie Help Twitter account, the servers will be back up at 6 PM UTC.

However, this is when they expect the Destiny 2 servers to be back up, it could take longer than the specified time. 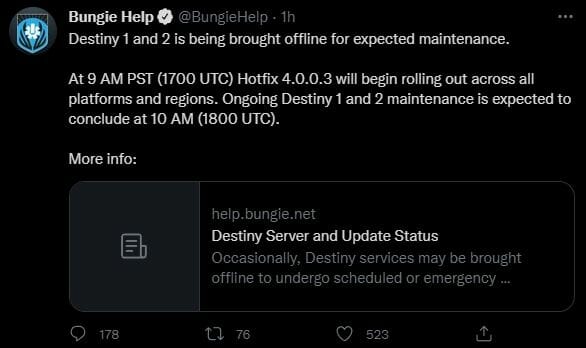 As the Destiny 2 4.0.0.3 update is just a hotfix, don’t expect any new content from the patch. Unfortunately, at the time of writing, the patch notes for version 4.0.0.3 hasn’t been released yet. We should see the patch notes release when the game is back online. Be sure to check back shortly to check out the latest Destiny patch notes. UPDATE: You can find the patch notes below.