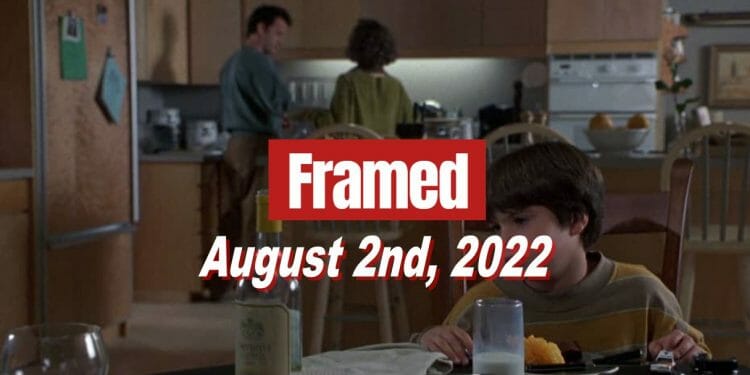 Here is the Framed answer today for the #144 movie, released on August 2, 2022 and some hints to help you solve it.

UPDATE: Click here for the hints and the answer to Framed 145!

The first image you are given for Framed 144 is:

Hint 1: There are three words in the movie title with the second word being ‘in’.
Hint 2: It is a romance/comedy film.
Hint 3: The movie was released in 1993.
Hint 4: The synopsis of the film is, “Realising that Sam has still not come to terms with his wife Maggie’s death, his eight-year-old son Jonah forces him to call a national radio talk show, with the hopes of finding him a companion.”

Let us know in the comments section below if you managed to guess the movie correctly and how many pictures it took for you to guess it. Click here for the hints and the answer to Framed 145!