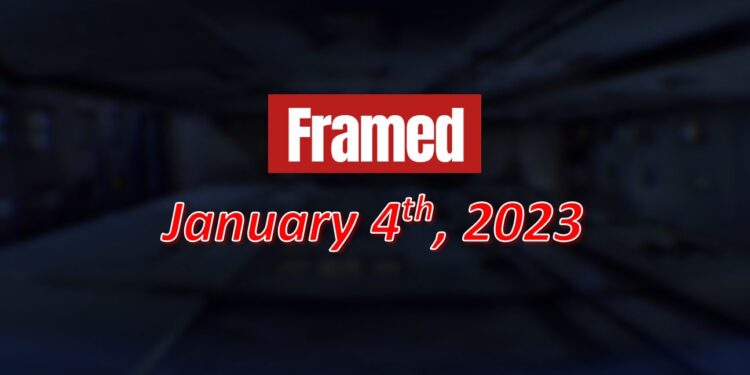 Here is the Framed answer today for the #299 movie, released on January 4, 2023 and some hints to help you solve it.

UPDATE: Click here for the hints and the answer to Framed 300!

The first image you are given for Framed 299 is:

Hint 1: There is only one word in the film title.
Hint 2: It is a mystery/thriller film.
Hint 3: The film was released in 1958.
Hint 4: The synopsis of the film is, “Detective Scottie who suffers from acrophobia is hired to investigate the strange activities of an old friend’s wife. She commits suicide while Scottie becomes dangerously obsessed with her.“

Let us know in the comments section below if you managed to guess the movie correctly and how many pictures it took for you to guess it. Click here for the hints and the answer to Framed 300!