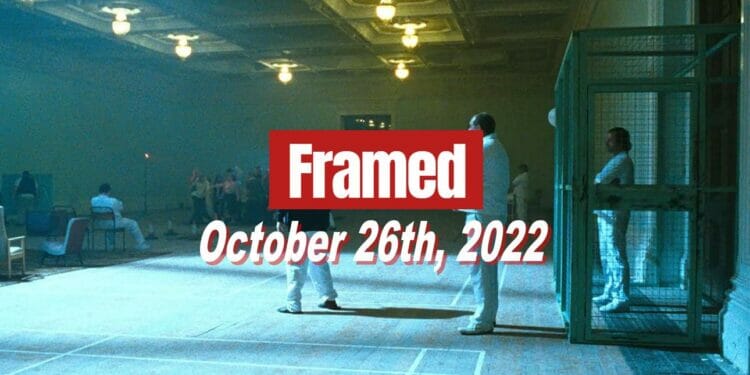 Here is the Framed answer today for the #229 movie, released on October 26, 2022 and some hints to help you solve it.

UPDATE: Click here for the hints and the answer to Framed 230!

The first image you are given for Framed 229 is:

Hint 1: There is only one word in the movie title, which begins with a B.
Hint 2: It is a drama/crime movie.
Hint 3: The film was released in 2008.
Hint 3: The synopsis of the film is, “Michael Peterson, who was initially sentenced to seven years in prison for a robbery, ends up spending thirty years in solitary confinement, where he develops an alter ego, Charles Bronson.”

Click here for the hints and the answer to Framed 230!