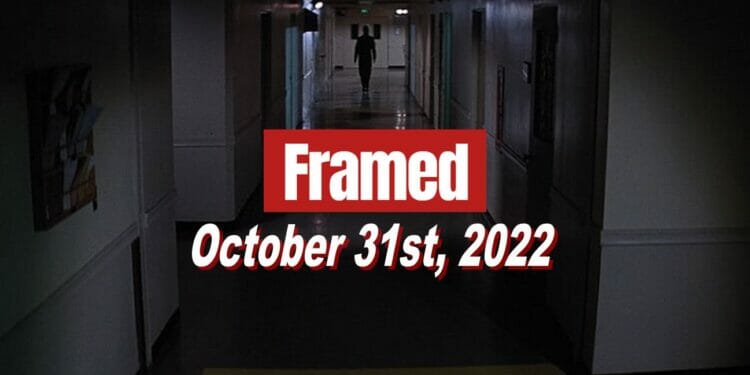 Here is the Framed answer today for the #234 movie, released on October 31, 2022 and some hints to help you solve it.

UPDATE: Click here for the hints and the answer to Framed 235!

The first image you are given for Framed 234 is:

Hint 1: There is only two words in the movie title, but the second word is a number.
Hint 2: It is a horror/thriller movie.
Hint 3: The film was released in 1981.
Hint 3: The synopsis of the film is, “Myers, a horrific murderer, spends 15 years in an insane asylum after terrorising the people in his small hometown on the eve of a Halloween. As soon as he gets out, he hunts down his sister.”

Let us know in the comments section below if you managed to guess the movie correctly and how many pictures it took for you to guess it. Click here for the hints and the answer to Framed 235!