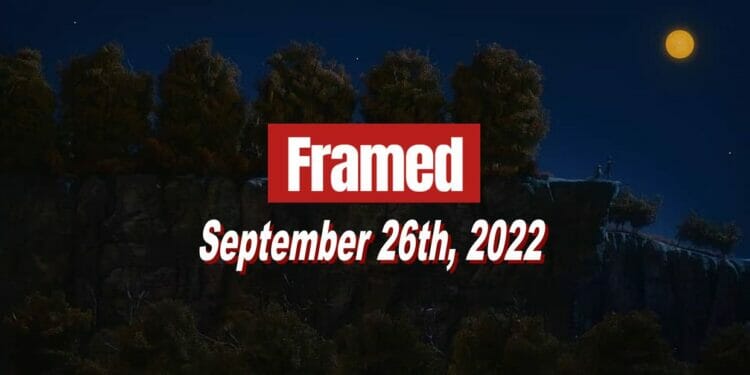 Here is the Framed answer today for the #199 movie, released on September 26, 2022 and some hints to help you solve it.

UPDATE: Click here for the hints and the answer to Framed 200!

The first image you are given for Framed 199 is:

Hint 1: There are three words in the movie title.
Hint 2: It is a comedy/adventure film.
Hint 3: The movie was released in 2009.
Hint 4: The synopsis of the film is, “Mr Fox, a family man, goes back to his ways of stealing, unable to resist his animal instincts. However, he finds himself trapped when three farmers decide to kill him and his kind.”

Let us know in the comments section below if you managed to guess the movie correctly and how many pictures it took for you to guess it. Click here for the hints and the answer to Framed 200!