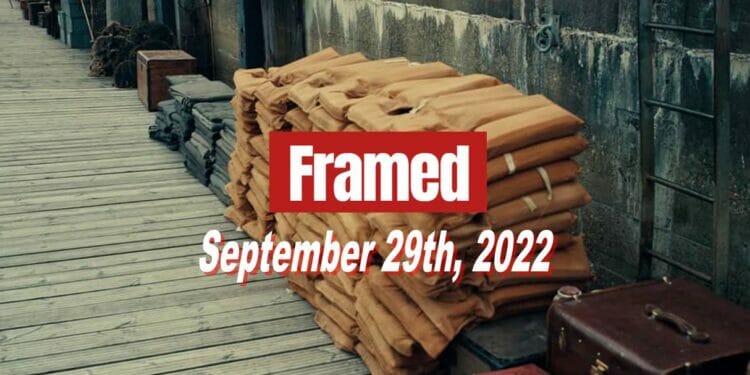 Here is the Framed answer today for the #202 movie, released on September 29, 2022 and some hints to help you solve it.

UPDATE: Click here for the hints and the answer to Framed 203!

The first image you are given for Framed 202 is:

Hint 1: There is only one word in the movie title, which begins with a D.
Hint 2: It is a war/action film.
Hint 3: The movie was released in 2017.
Hint 4: The synopsis of the film is, During World War II, soldiers from the British Empire, Belgium and France try to evacuate from the town of Dunkirk during a arduous battle with German forces..”

Let us know in the comments section below if you managed to guess the movie correctly and how many pictures it took for you to guess it. Click here for the hints and the answer to Framed 203!