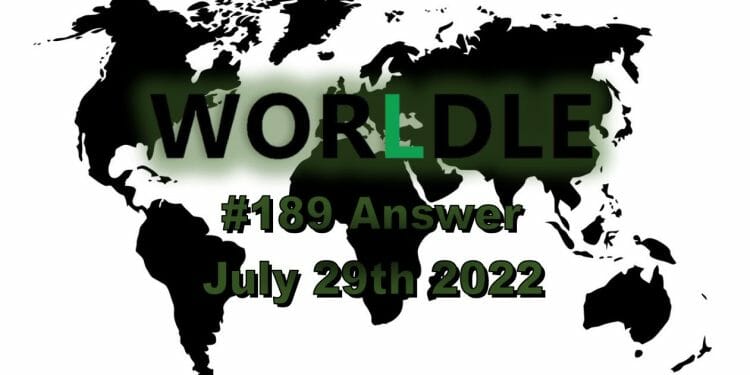 Here are some hints and the answer for the 189 Worldle country today, released on July 29th, 2022.

UPDATE: Click here for the hints and the answer to Worldle 190!

Here is what the country/territory looks like for the Worldle 189 puzzle today:

The answer to the Worldle 189 country today is…

In August 1943, a Japanese destroyer ripped a hole through a US Navy patrol torpedo off the coast of the Solomon Islands. Lt John F Kennedy was in command of the boat.

All of the men were thrown into the water and the survivors had to swim three-and-a-half miles to the nearest island. They stayed for two days on the unoccupied island living off coconuts.

As supplies began to dry up, Kennedy took his crew back into the ocean where they spotted two men in a canoe– Kumana and Gasa – who saved them. Authorities re-named the uninhabited island ‘Kennedy Island’ in honour of the former president.

President John F Kennedy kept a coconut shell in his Oval Office as a reminder of the experience.

Let us know in the comments section below if you managed to solve the Worldle today and if there are any other games you want us to cover. Click here for the hints and the answer to Worldle 190!