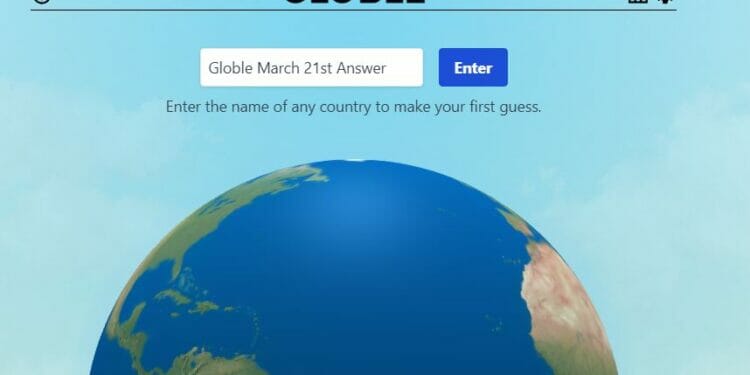 We have a brand new Globle to conquer today. Here are our hints and the answer to the March 21st, 2022 world puzzle.

Although players are spoilt for choice when it comes to alternatives to Wordle, some of them are too similar to the daily word game. However, we’ve seen the release of some unique games in the last couple of months including Nerdle, Heardle, and Globle.

Nerdle is a game that requires players to guess the daily equation. It’s the most updated game with the developers adding more games modes. There’s a total of five right now, but we suspect is won’t be long before a new one is added.

Heardle was only released a few weeks ago and already has a few million daily players thanks to popular music streaming companies including Spotify sharing their score on social media. The premise of the game is simple, listen to parts of the song and guess it correctly in nine attempts or less.

Then there’s Globle. Although Worldle seemed to have gained more traction initially, in our opinion, Globle is the superior game. There’s a new mystery country that releases at midnight local time each day, and players need to guess it in the least amount of attempts. There’s no limit to the number of guesses and each guessed mystery country will appear on the globe that’s featured in the game.

Although unlimited guesses are great it can still be difficult to guess the mystery country at times. As a result, we offer our own hints, which you can find for the March 20th mystery country below:

If you’re still struggling or just want to know the answer to the Globle released on March 21st, 2022, the answer is North Korea! 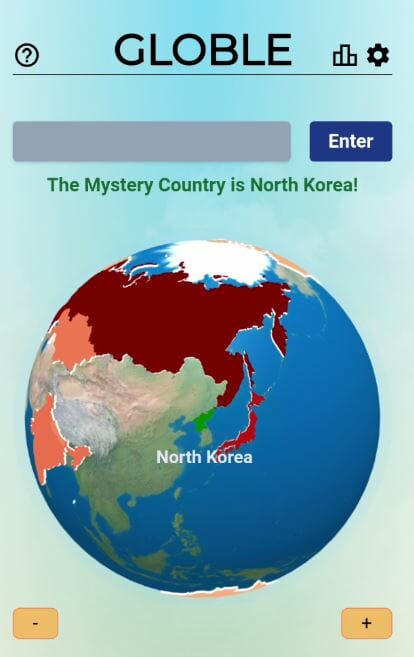