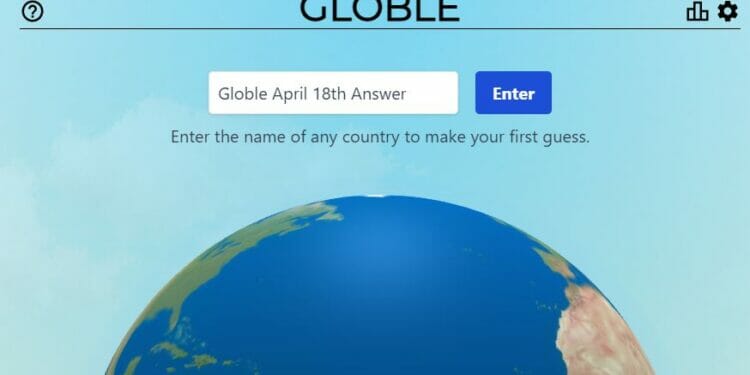 There’s a new mystery country available for April 18th, 2022. Here are our hints along with the answer.

Every day, new daily word games are released after developers saw the success of Wordle. However, there aren’t many games based on geography.

Globle, Worldle, and Flagle are the three main ones at the moment. Globle appears to be the most popular of the three, with Worldle not far behind.

If you’ve never played before, the game is simple: guess the mystery country with the fewest guesses. Given how difficult it would be to guess the country in six attempts, there are an infinite number of guesses.

The chosen country will be represented on the globe in one of four different colours. The closer your guess is to the mystery country, the hotter the colour. With an infinite number of guesses available in the game, this is a critical feature that gives players enough information to make their next guess.

If Japan is the mystery country for the day, the following countries will appear:

For those of you struggling with the April 18th Globle, here are our hints along with the answer to the mystery country today.

Although unlimited guesses are great it can still be difficult to guess the mystery country at times. As a result, we offer our own hints, which you can find for the April 18th mystery country below:

If you’re still struggling or just want to know the answer to the Globle released on April 18th, the answer is Ethiopia! 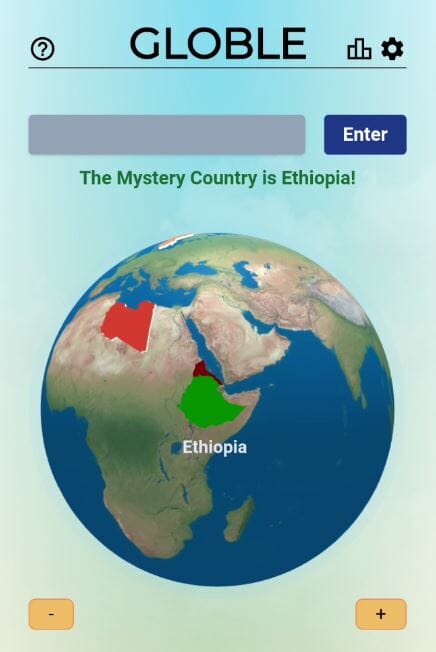