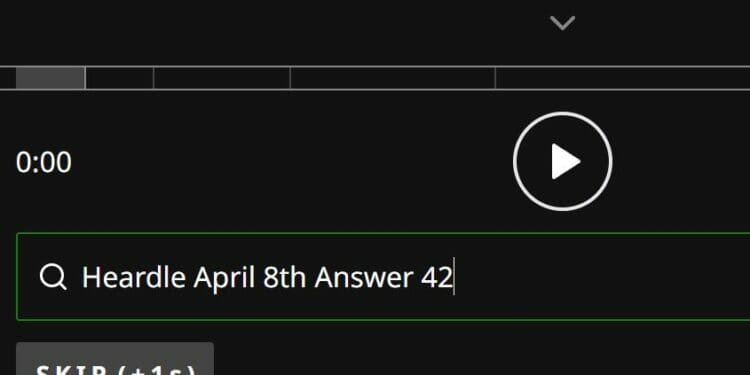 A new song is available for Heardle 42, released on April 8th, 2022. Here is our hints and today’s answer.

It’s been six weeks since Heardle was released. It didn’t take long for the game to gain traction with multiple large publications writing articles on the game along with popular musicians and large streaming platforms like Spotify tweeting about the game.

If you’ve somehow never come across the game, the premise of Heardle is simple; guess the daily song in six attempts or less. Each game begins with an intro to the days’ song, and players can then begin submitting their guesses.

Every skipped or incorrect guess will unlock more of the intro. For the most part, the game is fairly easy. Even if you don’t know the song, you can sometimes correctly guess it by typing in a couple of words from the lyrics, and you’ll get some song names.

However, there are some songs that are extremely difficult to guess even if you’ve listened to all of the intros. For that reason, we’ve been providing our own hints for each song along with the answer for those of you struggling.

A new song is available at midnight local time, and we publish our articles covering each one an hour or two before it goes live. Below, you can find everything you need to conquer Heardle 42, released on April 8th, 2022.

Here are our hints for Heardle 42: