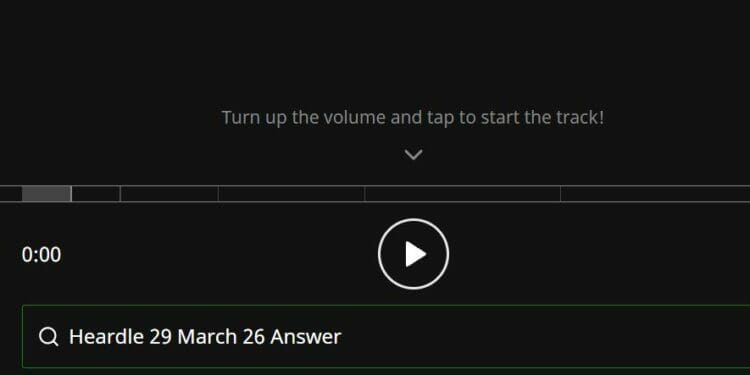 There’s a new Heardle song to complete today, number 29. Here are our hints and the answer to the March 26th, 2022 song.

Heardle is one of the most popular daily games right now. It’s a unique take on the popular word game, Wordle. It was released less than a month ago and quickly went viral thanks to artists and large streaming platforms including Spotify tweeting about the game.

Unlike games like Quordle, Heardle doesn’t provide any information regarding the amount of daily and total players. From the trends we’ve seen, it appears as though it’s more popular than Quordle, which has more than two million daily players and a total player count of fifteen million.

If you’re new to Heardle, the game is simple; guess the song of the day within six tries. Players begin with a small portion of the song, with more portions of the song becoming available with each incorrect or skipped guess. The longer you have to listen to the song, the lower your score will be. You can share your score on social media, just like Wordle, but it’s a difficult game to keep a winning streak going.

For that reason, we provide our own hints for those of you that are struggling with the new song. Here are our hints along with the answer for the March 26th Heardle.

The answer to Heardle 29, released on 26th March 2022 is DJ Jazzy Jeff and The Fresh Prince – Summertime