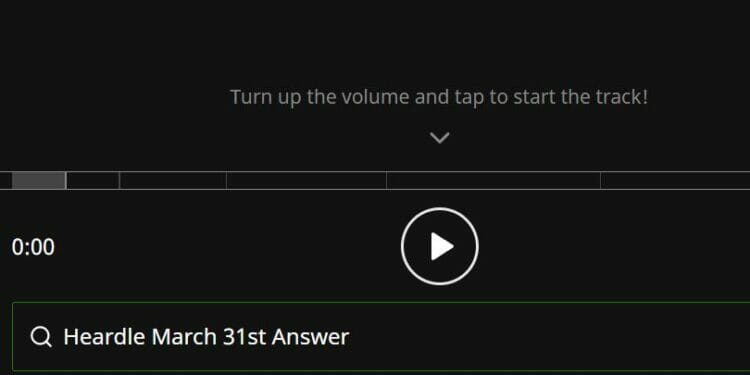 Heardle is a daily music game that was released at the end of February. In comparison to some of the other Wordle-like games, it didn’t take Heardle too long to get more than a million players in total.

It was one of only a handful of games that provided a unique twist on Wordle. Although games like Quordle and Dordle have gained a large loyal player base, they’re still very similar to Wordle.

heardle tasks players with guessing the daily chosen song in six attempts or less. Players start by listening to the intro of the chosen song for the day. Skipped or incorrect guesses unlock more of the song. The fewer attempts you need to guess the song, the better your score.

A new song is released each day at midnight local time. However, players have been changing the date on their devices to play the next Heardle early. We’ve been providing hints and the answer for the game for the past couple of weeks, and today is no different.