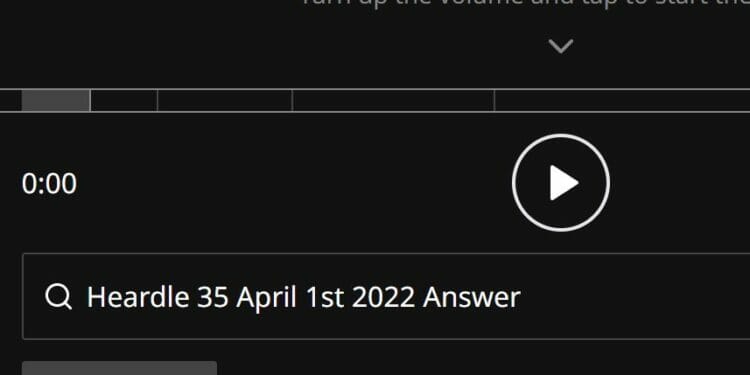 Heardle is one of the most popular daily guessing games right now. The site went live in late February and was quick to gain a loyal player base after Spotify and major music artists posted their scores on Twitter.

It’s one of few games that offers a fresh take on Wordle. Instead of tasking players with guessing a daily word, you need to guess the daily song.

At the start of each song, you get a short section of the song to listen to. More of the song is unlocked with each skipped or incorrect guess. The fewer attempts you need to guess the daily Heardle, the better your score.

Here are our hints for Heardle 35:

The answer to Heardle 35, released on April 1st, 2022 is Rick Astley – Never Gonna Give You Up