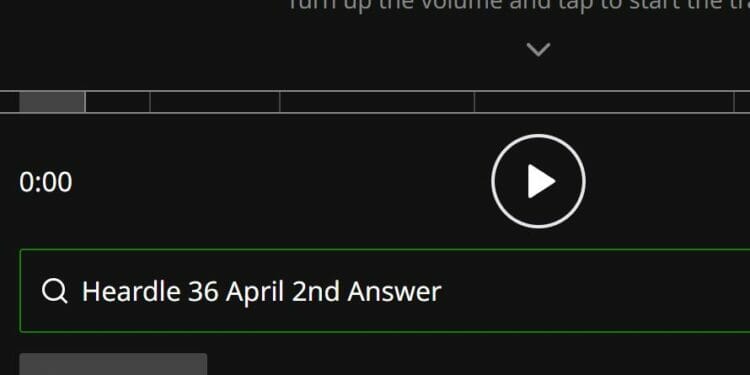 There’s a new Heardle song available on April 2nd, 2022. Here are our hints and answer for Song 36.

Heardle is one of the most popular daily guessing games. The game was released just over a month ago and was quick to gain an influx of players thanks to its unique spin on the popular daily word game, Wordle.

There are some similarities with Wordle including having six guesses. There’s also a share and stats feature like the popular word game, but the difference between the two games comes from what users are required to do.

Heardle tasks players with guessing a new daily song each day. The game will start off with players being able to play a short part of the daily Heardle song, and from there they can either submit a guess or skip one and listen to more of the song.

You can play a maximum of six short parts of the song before you have to guess the song. However, the less of the song you listen to, the better your score will be if you guess correctly.

Here are our hints for Heardle 36: