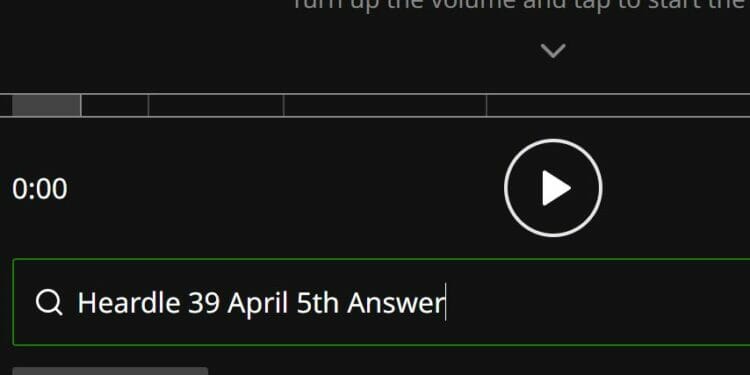 Here’s everything you need to conquer Heardle 39, released on April 5th, 2022.

Heardle is a popular music game that was released just over a month ago. It was quick to gain a large player base with the game likely having more than three million daily players.

We’ve seen the game trending a few times since the game released with players sharing their scores. As is the case with most daily games that have been released over the past few months, Heardle took inspiration from Wordle.

However, the game is quite different. Heardle tasks players with guessing a daily song instead of a word, equation, or anything else. The game starts with an intro clip and five more clips can be unlocked with each incorrect or skipped guess.

A new song is unlocked each day at midnight, although you can bypass this and play more by changing the date on your phone. We’ve been covering each song for the past couple of weeks with hints and the answer, and today is no different.

Below, you’ll find all the information you need for Heardle 39, released on April 5th, 2022.

Here are our hints for Heardle 39: