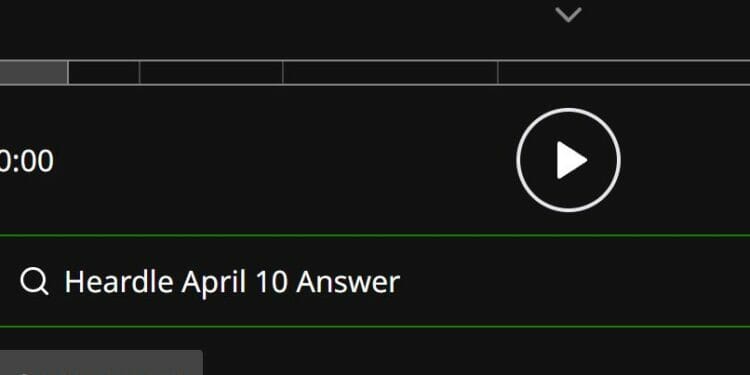 There’s another Heardle song of the day that’s giving players some trouble. Here are our hints along with the answer to song 44, released on April 10, 2022.

Heardle was quick to become one of the most played Wordle-inspired games. The game was released just over six weeks ago, but within the first week, there were hundreds of thousands of players visiting the site each day.

We’ve seen the game trend several times over the past few weeks, but the game is still growing each day. If this is your first time discovering the game, Heardle tasks players with guessing the song of the day.

The game provides players with an intro to the selected song of the day, and more of it can be unlocked with each incorrect or skipped guess. If you believe you know the song, you can start typing it into the input box, which will then show you a dropdown list of songs or artists that you can select and submit as your answer.

You need to guess the song in six attempts or less, but songs like today are tough to guess without many or any lyrics in the six parts of the songs’ intro.

We’ve been covering each Heardle song of the day for the past few weeks, and today is no different. Here’s everything you need to tackle Heardle 44, released on April 10, 2022.

Here are our hints for Heardle 44:

Co-founder, Writer and Social at Fortnite Insider. You can find Yousef occasionally writing articles and managing the Fortnite Insider Twitter account (@Fortnite_BR). As well as running Fortnite Insider, Yousef also has a handful of other successful ongoing projects and likes to keep busy. He plays FPS and BR games, mainly Fortnite of course, in his spare time. Yousef is always on hand 24/7 to break the latest news. Second-class upper-division (2:1) bachelor's with honours degree in Creative Computing. Contact: [email protected]m Twitter: @YousBusiness