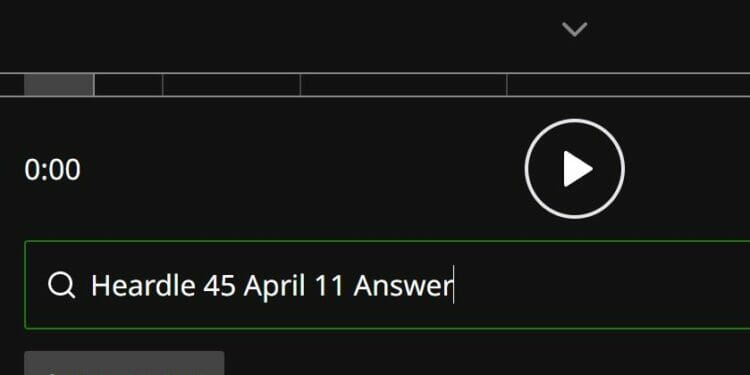 A new Heardle song of the day is available. Here are our hints and answer for song 45, released on April 11, 2022.

Heardle is one of the most popular Wordle-inspired games that has been released in the past couple of months. It’s been just over six weeks since it was first released.

It was released after popular games like Quordle and Dordle but has amassed a larger player base far more quickly mainly down to the unique twist the game offers players.

Instead of guessing a word or equation, players are tasked with guessing the song of the day in six attempts or less. The game begins with an intro song, and more of the song is unlocked with each incorrect or skipped guess.

Some of the songs that have already been released have been difficult to guess even once you’ve listened to all six parts of the intro. However, there are other songs that are easy to guess due to the popularity of the song, or players typing in part of the lyrics in the input box, which will then list songs that players can select as a guess.

A new song of the day is released each day at midnight local time. We’ve been covering each Heardle song of the day for the past few weeks, and today is no different. Here’s everything you need to tackle Heardle 45, released on April 11, 2022.

Here are our hints for Heardle 45: