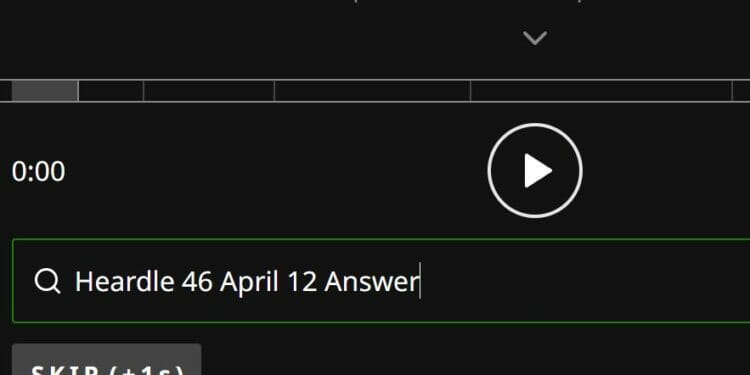 A new Heardle song of the day was just released. Here are our hints along with the answer for song 46, released on April 12, 2022.

Heardle is one of the most popular daily games that has been released in the past few months. It’s one of few games providing something completely different to Wordle.

Instead of guessing a daily word, players need to guess the song of the day, which they’ll need to do in six attempts or less. The game starts with an intro for the random song of the day.

More of the intro is unlocked for each incorrect or skipped guess. Some songs are fairly easy to guess, and you won’t need to listen to more than two or three parts of the intro.

However, the last couple of Heardle songs of the day has been quite difficult because there have been no lyrics in all six parts of the intro, which makes it much harder to guess.

Luckily for you, we’ve been covering each Heardle with our own hints for players that are struggling. We also have the answer to today’s Heardle, song 46, which was released on April 12, 2022.

Here are our hints for Heardle 46: