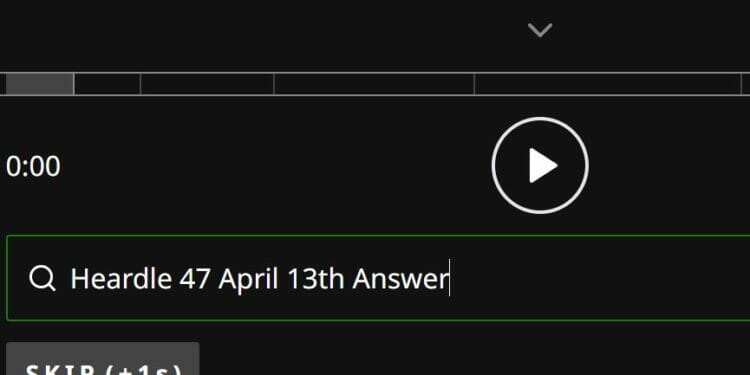 There’s a new song of the day for Heardle 47. Here are our hints and the answer for the April 13 2022 release.

Heardle was released more than six weeks ago and has gained a large daily player base. Unlike games like Quordle, there’s no information regarding how many daily or total players they have, but it’s safe to assume there are more than a few million daily players.

Instead of guessing a daily word, players need to guess the song of the day in six attempts or less. There’s an intro to the song that can be played, and each incorrect or skipped guess will unlock more of the intro.

The past few Heardle songs have been difficult to guess with the intro not giving much away. However, there have been songs that can be easily guessed on the first or second attempt.

If you’re struggling with today’s Heardle, we have our own hints and the answer to today’s song, number 47, released on April 13, 2022.

Here are our hints for Heardle 47: