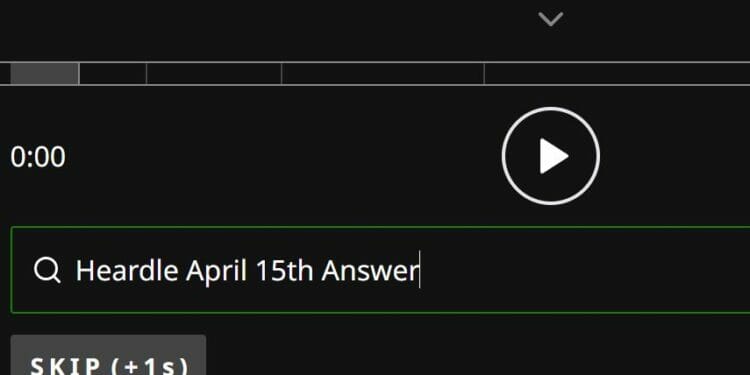 A new Heardle song of the day is available for April 15, 2022. As usual, we have our own hints along with the answer to Heardle 49.

If you’re struggling with today’s Heardle, we have our own hints and the answer to today’s song, number 49, released on April 15, 2022.

Here are our hints for Heardle 49: