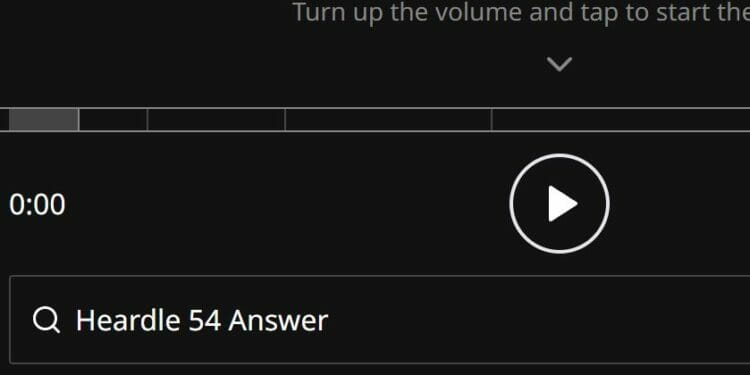 There’s another Heardle song of the day that’s giving players some trouble. Here are our hints along with the answer to song 54, released on April 20, 2022.

Heardle became one of the most popular Wordle-inspired games quickly. The game was just introduced a little under two months ago, yet hundreds of thousands of gamers were visiting the site every day inside the first week.

We’ve seen the game trend multiple times in recent weeks, and it continues to grow every day. If you’re unfamiliar with Heardle, it’s a game in which players must guess the song of the day.

The game gives players an introduction to the song of the day, and with each wrong or skipped guess, more of it is unlocked. If you think you know the song, you can start entering it into the input box, and a dropdown list of songs or performers will appear, from which you can choose and submit your answer.

You must guess the song in six attempts or less, however, some songs are difficult to guess because there are little or no lyrics in the six parts of the song’s opening.

We’ve been covering each Heardle song of the day for the past few weeks, and today is no different. Here’s everything you need to tackle Heardle 54, released on April 20, 2022.

Here are our hints for Heardle 54: